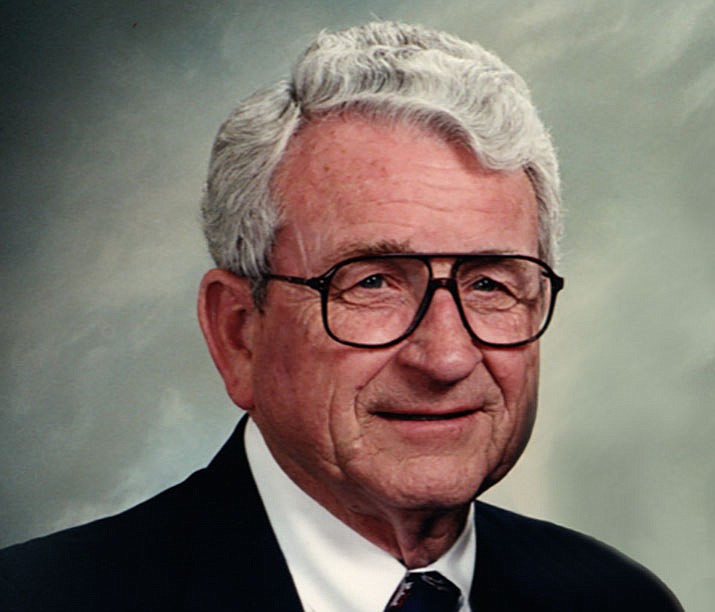 A memorial service for family will be March 16 at Heritage Memorial Park.

Darrell was born near Fort Cobb, Oklahoma, to James and Edna Tramel on April 27, 1926. He married June Hamilton on Nov. 2, 1947. He worked as business manager for Bill Cowen Motor Company, Snyder, Texas, then moved to Prescott, 1963 — continued as the business manager for Neil Hurt Chevrolet and Lamb Chevrolet, Prescott, Arizona. Darrell was a veteran of World War II and served in the Army 407th with the liberation of the concentration camps in Germany.

Darrell is survived by his son, Allan Tramel of Prescott and wife Rhonda; brothers: Glen Tramel of Henderson, Nevada, and Charles Tramel of Hudson, Ohio; sisters: Oleta Kitchens of Oklahoma City, Oklahoma, and Loretta Jones of Edmond, Oklahoma; grandsons: Dustin Tramel, wife Katie and their four children of London, England; and Ryan Tramel, wife Julia and their two children of Phoenix, Arizona. The family of Darrell wishes to extend our sincere thanks to the caring staff of the Marley House.