It’s rattlesnake season. Are you prepared? 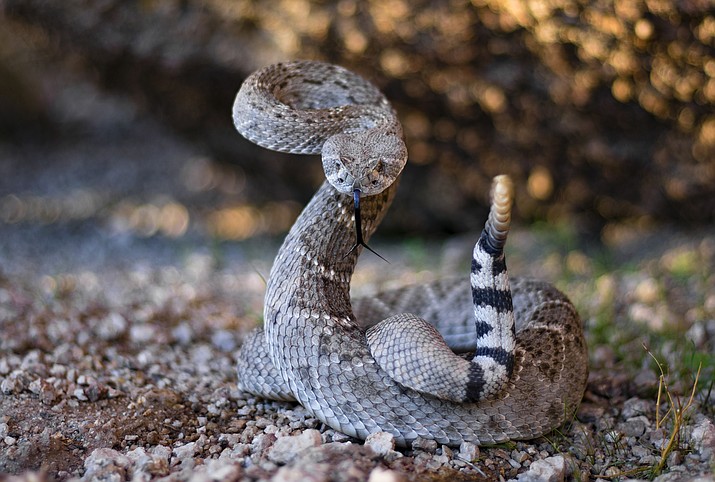 Crossing paths with a venomous snake may not be at the top of your to-do list this summer. But if you want to prepare in case you do, the Phoenix Herpetological Society can teach you how to safely handle the situation.

“I’d wanted to take the class because I’d encountered a snake on my property before, and I love to hike, so encountering snakes does happen in my life,” said Eve Hall, who recently took the class.

Joe Hymes, the venomous curator for the nonprofit, teaches the three-hour class.

“We spend about an hour and a half in the classroom just talking about snakes, kind of addressing the kind of common misunderstandings and myths that go along with snakes,” he said.

Participants start off with a non-poisonous snakes before moving on to the real deal.

“The main reason why we start off with a non-venomous snake before moving on to the rattlesnake is just to make sure that everybody really understands what they’re doing,” Hymes said.

They talk about how to correctly handle the bucket lid and tongs and how to prevent injury to the snake.

“That way, when there’s a venomous snake – and there’s something on the line – if somebody gets bitten, hopefully their confidence is already there, and they know what they’re doing and everybody can be safe about it,” he said.

“Mainly today, I was just to kind of like get the ball rolling on trying to work with venomous snakes because snakes are my thing, and I’d really like to kind of go into that and basically get more experience. This was really exciting to go through today.”

Hall said she simply wanted to become more comfortable around snakes when she’s out enjoying the desert.

“I feel much more confident. I feel like I could do it,” she said. “And now, you know, I think even if the snake was a little more aggressive than the one I handled, I kind of feel confident in the distance that I need to be and the possible ways that the snake might move … and just knowing that I can always take a step back.”

As of June 13, the center had recorded 43 rattlesnake inquiries in 2019. That included 26 patients who were treated or received antivenom at Banner-University Medical Center Phoenix and six who were treated at Phoenix Children’s Hospital, a Banner spokeswoman said in an email.

The course, which will be offered through November, is designed for law enforcement officers, animal control officers, maintenance teams and homeowners, according to the group’s website. It costs $75.

If you haven’t taken the class and run into a rattlesnake, the Arizona Game & Fish Department recommends you “move slowly and deliberately” and back away to a safe distance.

“Usually, the snake will either hold its ground or move away from you. The rattlesnake will not chase you,” the department says. “If the snake moves toward you, back away; it’s probably just trying to get to a secure location just behind where you were standing.”

The department also noted that only people with proper equipment and training should handle rattlesnakes.