Trump: China needs to reach a trade deal more than he does 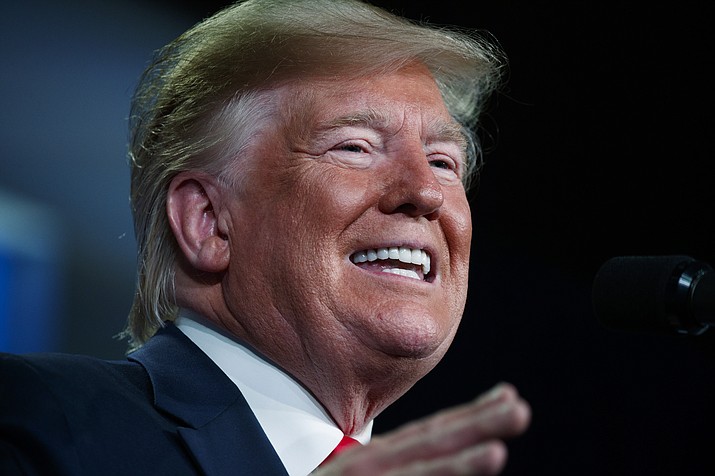 WASHINGTON — President Donald Trump said Wednesday that he's under little pressure to reach a trade deal with China when he meets late this week with President Xi Jinping and is prepared to impose further tariffs on Chinese imports.

"The Chinese economy's going down the tubes," Trump said in an interview with Fox Business Network. "They want to make a deal more than I do."

The president has threatened to impose tariffs on an additional $300 billion in Chinese imports — on top of the $250 billion in goods he's already taxed — a move that would extend his import taxes to virtually everything China ships to the United States . He says the new tariffs might start at 10%. Earlier, the administration had said additional tariffs might reach 25%.

The two countries are sparring over the Trump administration's allegations that Beijing steals technology and coerces foreign companies into handing over trade secrets. Trump and Xi are scheduled to meet at the Group of 20 leaders' meeting Friday and Saturday in Osaka, Japan.

Trump also suggested that he may have identified a new trade adversary: Vietnam. Asked about reports that Chinese products were being diverted to Vietnam to avoid his tariffs on goods from China, Trump asserted that "Vietnam takes advantage of us even worse than China."

Asked whether he was planning to impose tariffs on Vietnamese products, the president said his administration was "in discussions" with Vietnam.