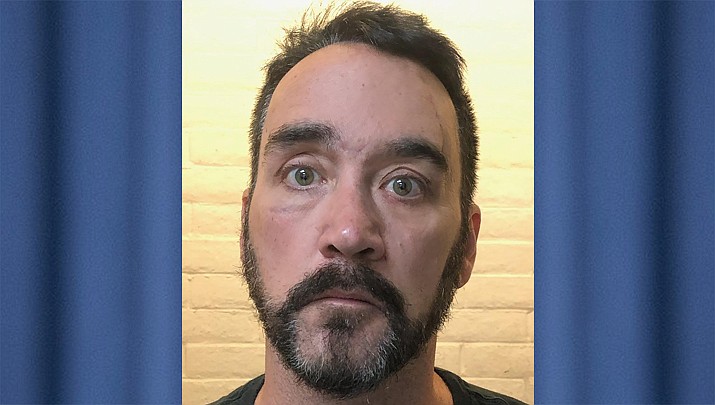 A Paulden man has been arrested in connection with a head-on traffic collision March 18 that resulted in the deaths of two Chino Valley High School students, the Chino Valley Police Department reports.

Scott Enyart Jr., 44, was taken into custody Wednesday, June 26, at his home in Paulden and booked into the Yavapai County Jail on two counts of second-degree homicide, two counts of endangerment for running other motorists off the road prior to the fatal collision, and one count of driving under the influence of drugs, according to a CVPD release.

On June 25, Chino Valley police detectives received crime lab blood test results on Enyart from the Arizona Department of Public Safety (DPS). The results showed Enyart had the narcotic painkiller Oxycodone and a sedative called Zolpidem, also known as Ambien, in his system at the time of the crash, the release states.

Killed in the collision were Sarah Buntin, 17, and Nicole Nanni, 18, both of Paulden. Both were seniors at Chino Valley High School.

Buntin was driving a black 1985 Toyota MR2 that was struck head-on by Enyart’s 1999 Jeep Cherokee on Highway 89 just north of Old Highway 89 on the afternoon of March 18, according to Chino Valley police.

When emergency responders arrived, they found the Jeep resting on its side in the southbound lane of the highway and the MR2 just off the east side of the highway with its “front end completely crushed in,” Randy Chapman with CVPD reported at the time.

Buntin was declared dead at the scene. Nanni was pulled from the wreckage and transported via helicopter to Flagstaff Medical Center, where she later died, according to the CVPD.

Enyart was pulled from the Jeep and also transported to Flagstaff Medical Center in critical condition.