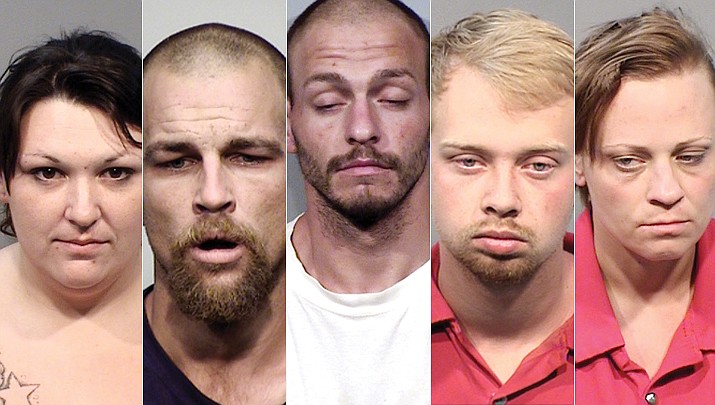 Chino Valley police on Monday, June 24, charged the suspect in the shooting death of 16-year-old Aneesa Williams with possession of a stolen handgun.

On June 20, a Yavapai County Sheriff’s Office (YCSO) detective tipped off Chino Valley police about the suspect, 19-year-old Johnathan Rice, possibly having had the stolen weapon. Rice is accused of killing Williams during a party in a remote area of Perkinsville Road June 16.

The YCSO detective believes Rice got the gun from a cache of weapons stored in a Chino Valley home in the 800 block of Judy Avenue.

Chino Valley police interviewed Rice at the Camp Verde Jail, where he told them he bought the firearm from Cassie Hall. After responding to an area along Grasshopper Lane and Hohokam Drive, officers spoke with Hall, Clint Gregory and Kyra Craft.

Craft was later arrested on possession of methamphetamine, but officers say during a search that they found no firearms in Hall’s residence.

Police say that Craft’s cell phone revealed messages sent between Craft and others allegedly soliciting attempts to sell firearms, as well as photos of a few of the stolen firearms.

During a subsequent police visit to Grasshopper Lane and Hohokam Drive, officers say Gregory admitted that he and Hall stole some of the firearms at the Judy Avenue home.

During Gregory and Hall’s arrest, police added that they found counterfeit money in Gregory’s pocket.

Police say Hall later denied selling a firearm to Rice and that all other firearms Gregory and Hall stole were either traded or sold.

On June 6, a house in the 800 block of Judy Avenue in Chino Valley caught fire, police say. As the home was rendered uninhabitable, the resident left personal items inside so that an insurance company could assess the damage.

Four days later, on June 10, the resident returned home to find that 32 firearms were taken. Chino Valley police say some of the guns were damaged in the fire, but others weren’t. Local law enforcement agencies were then notified of a list of stolen firearms from the residence.

Chino Valley police subsequently received from the resident a list of the serial numbers of 24 of the stolen guns. However, the victim reported that eight more weapons had been stolen.

If anyone unknowingly came into possession of one of these firearms, Chino Valley police want to know. Police say they will not charge you with possession of a stolen firearm.

Anyone with more information on this case should call Detective Amy Chamberlin at 928-636-4223.