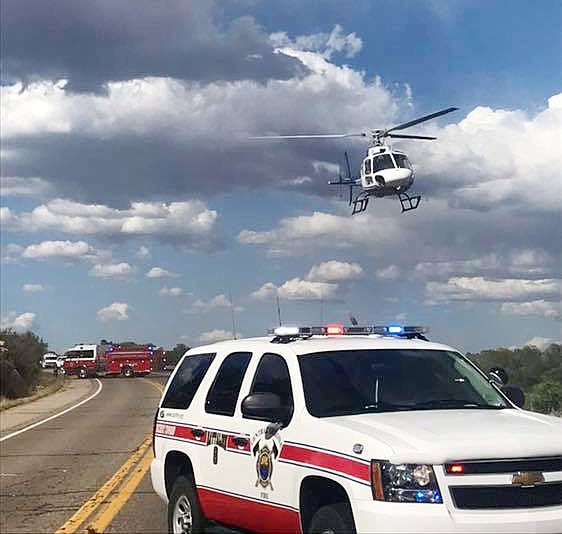 A helicopter was used at the scene of a head-on crash Saturday afternoon on Highway 89, north of Paulden. (CAFMA/Courtesy)

Central Arizona Fire & Medical Authority (CAFMA) and DPS confirmed that Obermeyer had passed away after an accident at milepost 341 around 4 p.m. Saturday. A woman who was driving the other vehicle involved in the accident was flown by Native Air helicopter to Flagstaff Medical Center in serious condition.

Obermeyer and the woman, whom authorities have yet to publicly identify, were the only passengers in their respective vehicles.

For the initial report on this crash, CLICK HERE. 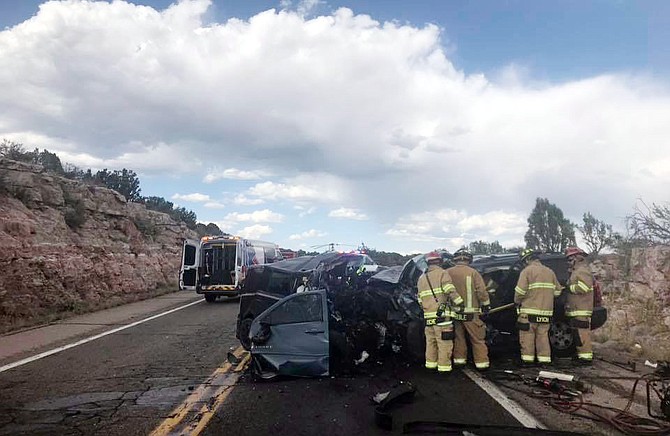 DPS spokesperson Randi Wybron said via email Sunday afternoon that Obermeyer “passed in a no-passing zone and collided head-on with [the woman’s] vehicle,” which was northbound.

The families of both drivers have been notified and the investigation continues, Wybron said Sunday.

The crash forced the Arizona Department of Transportation (ADOT) to shut down the highway in both directions. Crews were busy removing the vehicles from the highway and kept one lane of traffic open until DPS, ADOT and the Yavapai County Sheriff’s Office (YCSO) were able to complete their investigation.

Three CAFMA engines, a CAFMA battalion chief, two Life Line ambulances, as well as multiple units from DPS, ADOT and YCSO, were on the scene in addition to the helicopter.

For updates on this story, continue visiting dCourier.com.