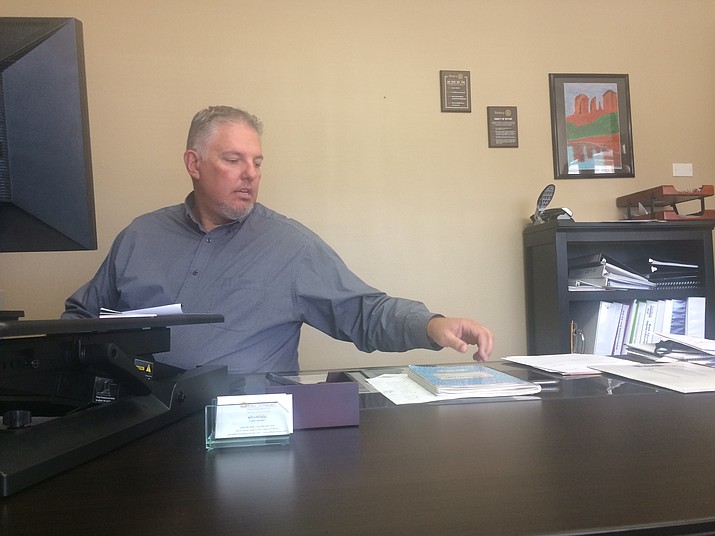 The Chino Valley Unified School District Governing Board is set to adopt its 2019-20 budget at its Tuesday, July 2, meeting.

With grants, the budget is $16 million and includes $14 million in operations and $749,000 in capital, according to Business Office Director Rebekka Bartels.

Reflected within the operations budget is a cut of seven teaching positions, though one of those cuts is because of a change to how one of those positions is going to be financed, Superintendent John Scholl said.

However, there will be only one thing the district will lose, Scholl said.

Other teaching positions lost are a second-grade teacher, a drama teacher at the high school, and two other teachers at Heritage Middle School, Scholl said. The class sizes will remain the same due to a small first grade that went to second grade, and drama will still be offered because a different teacher is getting certified to teach it.

As for the other two teachers at Heritage Middle School, cutting them was a result of a law that changed decreasing the number of hours required in a year from 1,000 to 890, Scholl said. It allowed for removing an hour and one period off the school day at the middle school.

What needs to be figured out is, going off of the model, how does the district staff the classrooms with the number of kids that are expected based on how large a class size needs to be, he said. Right now, the school district is “very close” to what its staffing model needs to be, Scholl said.

Another significant change reflected in the budget is canceling the contract with Sodexo, the company that provided the district’s maintenance, grounds and custodial services, though they will still provide food service, Scholl said.

A decision made at the executive level, it was felt with the way the contract was structured, they were being paid a lot to do some of the work the district’s own staff could do without the extra cost, he said. As such, the contract was canceled and most of the people who worked for Sodexo are now working for the district.

The cancelation also allowed for combining one of the district’s existing positions so it could cover two departments rather than one, he said. The worst case is it costs the same but the district gets more work out of it. “If it costs the same and we get more out of it, I’m completely happy with that,” he said. “Cleaner schools, more well-kept schools, better maintained schools, that’s what we’re really hoping for.”

The budget does give the district a $170,000 cushion, which Scholl said seems like a lot of money but it really isn’t. It is one of the thinnest reserves they’ve had in a long time and 10% of the overall budget when you factor in grants.

What the money will go toward is if there are more kids than expected; it would be used for staff, Scholl said. What frequently happens is kids come in and based on their Individual Education Plan, the district needs to hire a one-on-one, something that costs the district about $25,000 to $30,000, he added.

Another example Scholl provided is there is a student who needs some special education programming that the district doesn’t provide but Humboldt Unified School District does. That costs $22,000, he said.

“That’s a student that was here last year that now … we have to pay somebody to educate the student at $22,000,” Scholl said. “There’s things that just pop up and that number is not a whole lot.”