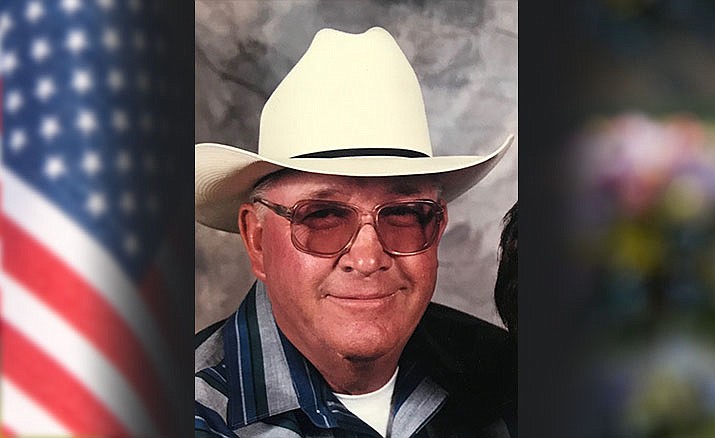 He was raised by a hard-working school teacher mother, Elinor Hansen (Dave’s father Elmer Hansen died in a tragic horse accident before Dave was born), and an extended hard-working family. Dave spent summers in Elfrida, Arizona, helping his grandparents (Hansen and Seale) on their farm and ranch, while mom continued her education at NAU.

Dave and his mom moved to Prescott, Arizona, when Dave was 5 years old. Dave made many longtime friends during his school years. Dave was honored to be inducted in Sports Illustrated at PHS: Football 1958 Leading Scorer End, 1959 Leading Scorer End and Honorable Mention All-State End.

After high school graduation, Elinor met and married Elliott Pearson of Skull Valley, Arizona; with that marriage Dave gained two sisters, Clair Ann Cave and Venita Wingfield. Dave cherished the time he spent with them and their families. Dave loved all his family reunions with his many cousins, aunts and uncles.

Dave continued his education at NAU until he was drafted. Dave served in the U.S. Army from Sept. 28, 1966-Jan. 22, 1968; he served his country with pride and honor. Dave was honored with the National Defense Service Medal, Vietnam Service Medal and Good Conduct Medal.

Dave worked for the Shamrock Water Company in Dewey, Arizona, for 28 years. When the Fains of Prescott Valley, Arizona sold the water company, Dave and Albert Perez started a business PBW Enterprise installing water and sewer lines. Dave became ill and sold his part of the business in 2001 to Albert, and to this day Albert continues running the business.

Dave became a member of the Yavapai County Mounted Sheriff’s Posse in February 1976, and was captain in 1980. Dave attended all meetings and events. He enjoyed: Search and Rescue, May roping, lion hunts, fishing trips, posse cleanup day and scholars for dollars.

Dave loved to brag on how well he played poker. Posse members were like his extended family.

Dave cherished his fishing trips to Mexico and Lake Powell with Charlie, Clifford and the gang. Dave brought his charm, smile and wit to everything he did. Dave was an outstanding man; honest, hardworking, caring son, husband, father, brother and papa.