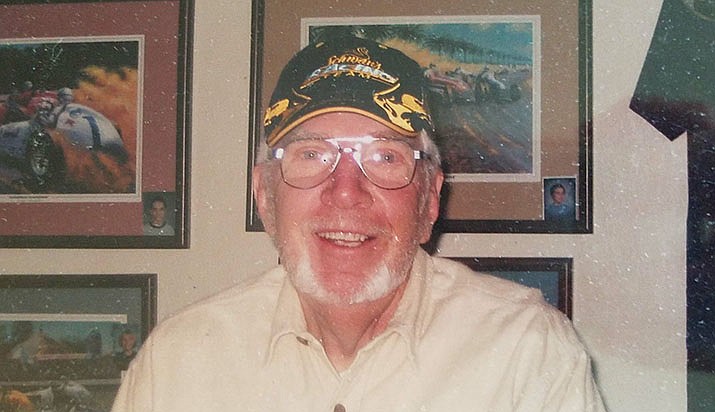 John was born on Nov. 19, 1930, to his parents, Clarence John Helvig and Selma Ruth Levik in Wilmington, Delaware.

He graduated from Martin High School and immediately entered the United States Air Force as a member of the 307th refueling wing serving at air bases in Idaho and Arizona, concluding at Davis Monthan in Tucson, Arizona.

After the USAF, John was a mail carrier in Prescott, Arizona, for many years, retiring in 1978.

John is survived by his four children: Kris, Mike, Lynn and Doug, as well as 11 grandchildren. He was preceded in death by his sister, Mary Alice.

John loved to serve and was an active volunteer with several community organizations, but had a special place in his heart for Prescott Fine Arts and Sharlot Hall Museum.

A memorial will take place on a future date to be announced, when space is available in the VA Cemetery. If you would like to be personally notified, please email douglas.helvig@gmail.com. In lieu of flowers, please donate to the Prescott Fine Arts or Sharlot Hall Museum.