Update: I-17 now open in both directions after brush fire 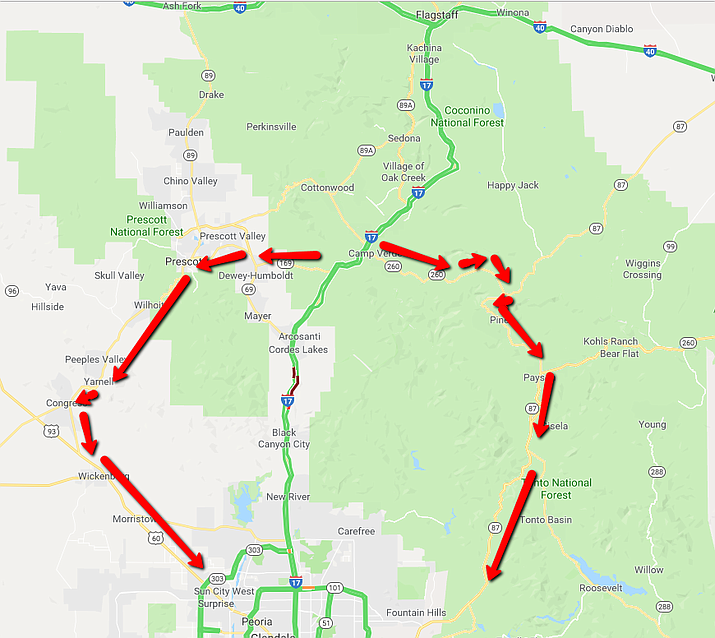 Interstate 17 is now open in both directions after a brush fire had forced authorities to close the road to traffic earlier in the evening due to a brush fire at Sunset Point.

The southbound lanes were reopened shortly after midnight, the Arizona Department of Transportation (ADOT) reported on its Twitter page. Northbound I-17 had been reopened to traffic about 11 p.m. Drivers were being warned to watch for a heavy backup and residual smoke in the area.

At one time, Vehicles were backed up as far as Cordes Junction waiting for firefighters to extinguish the flames. The road closure was first announced shortly before 6 p.m.