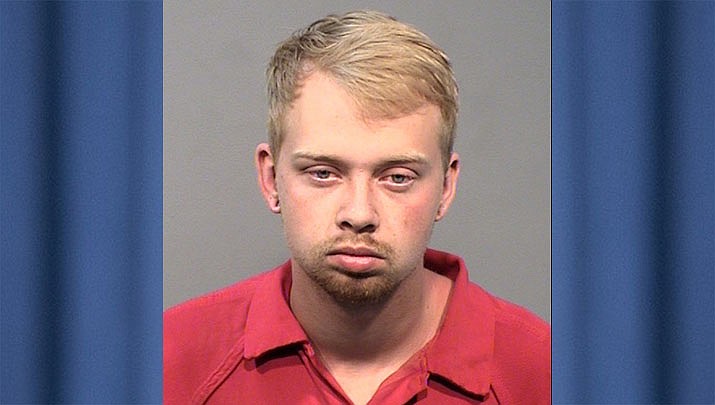 Jonathan Rice, 19, from Chino Valley was arrested and charged with 2nd degree murder after allegedly shooting a 16-year-old girl in the head during a party in an area just outside Chino Valley. (Yavapai County Sheriff’s Office)

The suspect, Johnathan Rice, who has been charged with second-degree murder in the June 16 shooting death of Aneesa Williams, formerly of Chino Valley, is now facing three counts of assault with a deadly weapon. Rice remains in the Camp Verde Detention Center on a cash-only bond of $150,000.

Based on interviews with witnesses and suspect statements this week, detectives say they learned of two aggravated-assault-with-a-firearm incidents involving Rice on June 11. Detectives said that two women were with Rice at a Prescott home on the when he pulled out a gun and started “showing off,” telling the women he would shoot the gun, according to a YCSO release.

YCSO authorities added that Rice pointed his gun at both women, aiming it specifically at one of them while cocking the hammer and laughing. He didn’t fire the weapon, however.

Detective say that later on June 11, after visiting the local Department of Motor Vehicles (DMV) office, Rice became upset after leaving the DMV because a transaction had been denied. One of the women with Rice at the house was in Rice’s Jeep.

As Rice and the woman drove away from the DMV, detectives say Rice pointed the gun at her face while yelling at her, according to the release. Detectives are still piecing together how Rice gained possession of the firearm.

In addition, YCSO reports that Rice was recklessly wielding his weapon June 16 as he drove his Jeep to the Perkinsville Road location where the party occurred. Williams was a passenger in the Jeep at the time, detectives say. A pickup with two teenage boys, who had followed Rice to that location, also was at the scene of the homicide.

Detectives say statements that they obtained indicated Rice fired rounds from his moving vehicle before arriving at a pullout on Perkinsville Road. Once parked, Rice allegedly pointed the gun at Williams and the two teenage boys, firing it in their direction.

One of the witnesses indicated that Rice fired the gun near Williams’ head, causing her ears to ring, according to the statement. Williams apparently asked Rice to stop. Eventually, the foursome wound up in the bed of the pickup.

While in the bed of the pickup, detectives say, Rice pointed the gun toward Williams’ head and pulled the trigger. A bullet struck Williams’ head, and she fell to the floor of the bed. Rice later claimed that he thought the gun was empty.