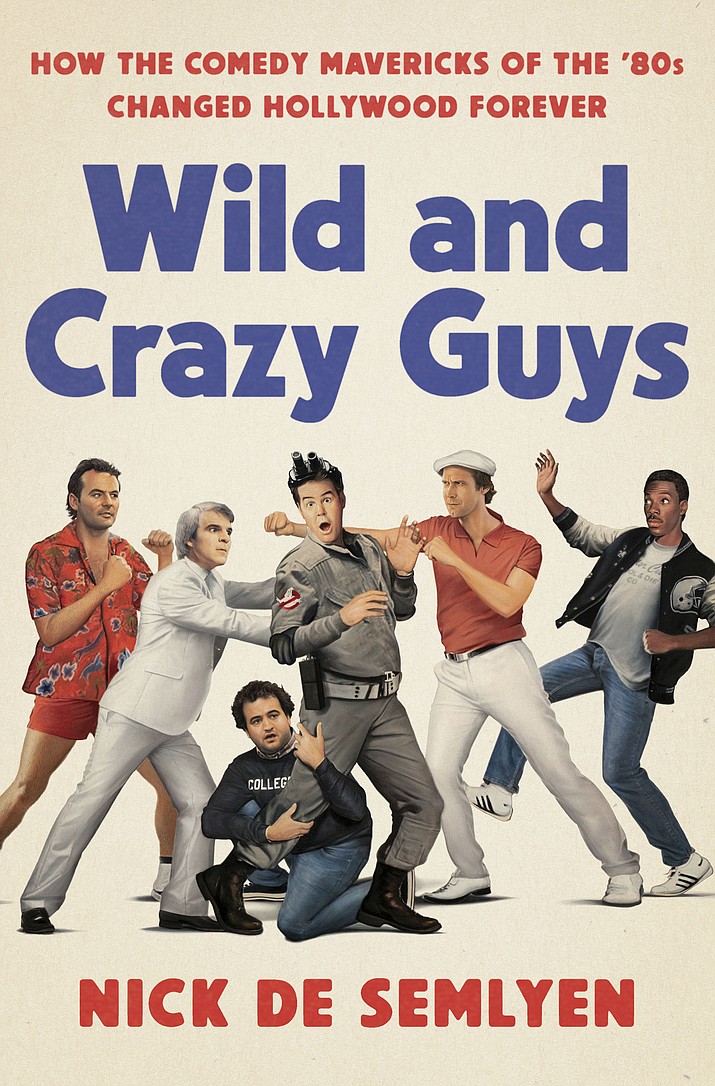 "Wild and Crazy Guys: How the Comedy Mavericks of the '80s Changed Hollywood Forever" (Crown Archetype), by Nick de Semlyen

Our favorite funnymen of the 1980s reached glorious heights and managed to endure the decade despite some appallingly unfunny lows. Sharing "SNL" in their DNA, most of them worked together in front of the camera at some point and, behind the scenes, commiserated at times over the vagaries of show business.

One common challenge was surviving all that fame and fortune. Belushi, the "Animal House" and "Blues Brothers" star, couldn't handle the high of success, morphing from comedic wunderkind to cautionary tale when he died of a drug overdose at 33. Others who dabbled in drugs and alcohol managed to avoid his fate — the late John Candy's self-destruction was more about food and drink — but they still faced personal and professional stumbling blocks.

Chase's were less a matter of too much too soon than finding the good material and avoiding the bad. The first star spawned by "Saturday Night Live," the mother ship of post-Watergate American comedy, Chase enjoyed comparisons to Cary Grant with his star turn in "Foul Play." Then came "Oh Heavenly Dog" and several other box-office canines. Fortunately, "Caddyshack" and "National Lampoon's Vacation" put Chase's best qualities front and center again.

De Semlyen's solid reporting show how hard work helps but isn't always enough. Aykroyd comes off as the worker bee, taking leading and supporting roles while constantly dreaming up ideas for movies. His script laying the groundwork for "Ghostbusters" had started out as another vehicle for his friend and co-star Belushi. That megahit, which followed "Trading Places" with Murphy, led to years of reliable comedy work plus an occasional dramatic role, including his Oscar-nominated support in "Driving Miss Daisy."

For all their wildness and craziness, being taken seriously for a change was a must. Murray and Martin may have tried a little too soon to suit their fans. Buffeted by the intense fandom that came with "Ghostbusters" and the personal disappointment generated by his critically rejected dramatic turn in "The Razor's Edge," Murray practically went into hiding for a few years to figure things out.

Martin could relate to the hunger for drama. "The Jerk" was a solid starring debut, but he put off audiences and critics with the oddball musical "Pennies from Heaven" — Fred Astaire hated it — then appeared in a half-dozen comedies that were mildly amusing at best.

A flaw in de Semlyen's enjoyable book is its bent toward fact over analysis.

Looking back three decades, it's hard to remember when Murray, Martin, Murphy and Aykroyd weren't part of the American scene. De Semlyen's welcome flashback reminds us why their very names still bring a smile to our faces.