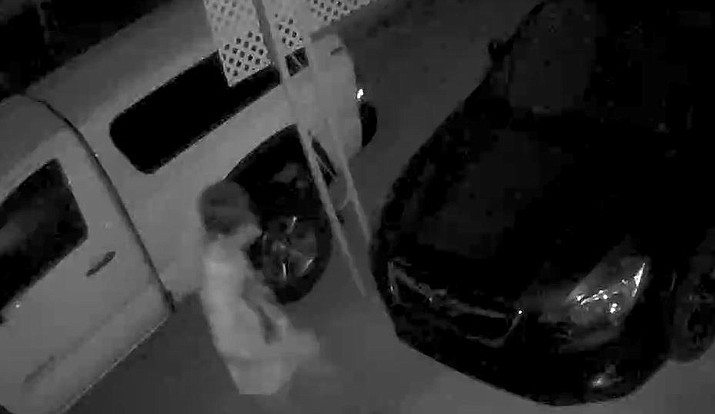 Police say this unidentified man was observed trying to open the door of a vehicle parked in a residential driveway early Thursday. (Prescott Valley Police Department/Courtesy)

The Prescott Valley Police Department is encouraging residents to install and use surveillance cameras and motion-activated exterior lights at home to deter criminal activity after dark.

At around 4:30 a.m. Thursday, June 20, an unidentified man was observed trying to open the door of a vehicle parked in a residential driveway in the 6200 block of North Moonlight Way, according to a PVPD release.

However, since the door was locked, he moved on to another vehicle in the driveway. While doing so, a motion-activated exterior light came on, and the subject fled.

Police said in the release that a theft didn’t occur because of three things that the homeowner did that Chief Bryan Jarrell commended:

• Locking his or her vehicles;