(NEW) TOY STORY 4 – Woody, Buzz Lightyear and the rest of the gang 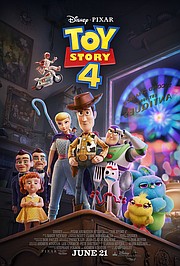 (NEW) CHILD’S PLAY – After moving to a new city, young Andy Barclay receives a special present from his mother – a seemingly innocent Buddi doll that becomes his best friend. When the doll suddenly takes on a life of its own, Andy unites with other neighborhood children to stop the sinister toy from wreaking bloody havoc. Stars Aubrey Plaza, Gabriel Bateman, Brian Tyree Henry, Mark Hamill. R – thriller, slasher.

(NEW) ANNA – Beneath a woman's striking beauty lies a secret that 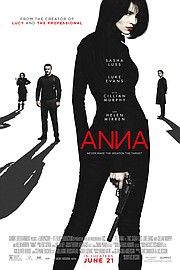 will unleash her indelible strength and skill to become one of the most feared assassins on the planet. Sasha Luss, Luke Evans, Cillian Murphy, Helen Mirren. R – mystery, crime. 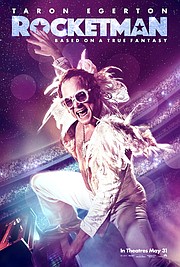 POMS – Martha, a woman who moves into a retirement community, 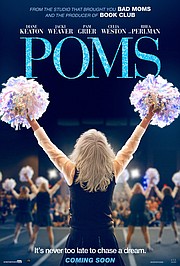