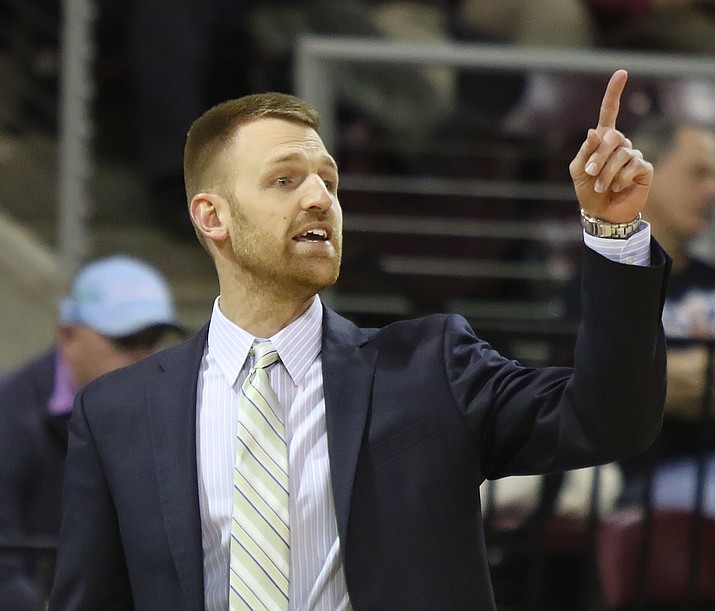 PRESCOTT VALLEY — For the first time in team history, the Northern Arizona Suns will have a head coach enter his second year.

On Tuesday afternoon, the Suns organization announced that Bret Burchard will return for a second season on the sidelines in Prescott Valley.

Northern Arizona, finishing 12-38 under Burchard in 2018-19, enters its fourth season at Findlay Toyota Center this winter.

“We are excited to have Bret back as head coach of the Northern Arizona Suns, and look forward to building upon the foundation that was put in place last season,” interim Suns General Manager Dylan DeBusk said.

The Suns started just 3-24 last season but finished 9-14 in their final 23 games under Burchard, improving across the board in most statistical categories, most notably averaging 109.8 points per game over their last 15 contests compared to 99.3 in their first 35.

Tyrone Ellis was the club’s first head coach during the inaugural 2016-17 campaign before being called up to the NBA as an assistant coach under then-Phoenix Suns interim head coach Jay Triano.

Cody Toppert was named Northern Arizona’s second head coach for the 2017-18 season before being called up in June 2018 to Phoenix under then-head coach Igor Kokoskov.

Burchard was named the team’s third head coach in three years July 25, 2018, and now gets his chance to continue building a winner in Prescott Valley.

“I am excited and thankful for another opportunity to coach the Northern Arizona Suns and again be a part of the quad-city community,” Burchard said in a statement Tuesday. “I thank James Jones, Dylan DeBusk and Monty Williams for believing in me as a coach and trusting me to develop our young talent.”

Jones was named Phoenix Suns’ next general manager April 11 after serving on an interim basis after Ryan McDonough was fired before the 2018-19 season began.

“I’m looking forward to sharing more great moments with our fans and supporters, and help the next group of young players realize their dreams to the NBA,” Burchard said.

Burchard, 32, helped lead Juwan Evans to a two-way contract with Phoenix and is currently with the Oklahoma City Thunder.

“As an affiliate of the Phoenix Suns, the Northern Arizona Suns play a key role in player development and we value what Bret can do to help all of the players that don a Northern Arizona jersey,” DeBusk said. “We are confident in Bret’s abilities to lead this franchise and are excited to see the progress that we make in [his second year]”

The parent club Phoenix Suns have featured four different head coaches in the past four seasons.

Jeff Hornacek’s three-year run ended Feb. 1, 2016, when he was fired. Earl Watson, his replacement, was fired three games into the 2017-18 season and replaced by Triano on an interim basis.

After Triano coached the final 79 games, he eventually fell out of the running for the job, prompting the Suns to hire Kokoskov on May 2, 2018, for the 2018-19 season.

One year later, Kokoskov was fired on April 23. The Suns named Monty Williams as their next head coach on May 3 for 2019-2020. He will be the fifth coach in five seasons for Phoenix.

Phoenix has not made the playoffs since the 2009-10 season.