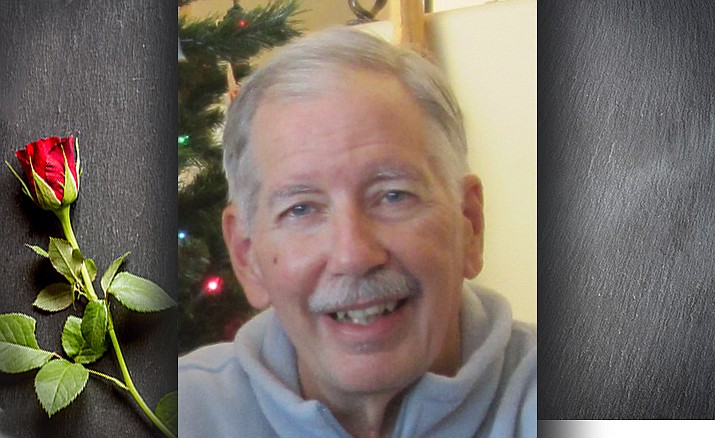 Richard Craig Schneider, 72, passed away on June 3, 2019, in Prescott, Arizona. He was born in Grand Rapids, Michigan, to Robert and Kathleen Schneider. (Courtesy)

Richard Craig Schneider, 72, passed away on June 3, 2019, in Prescott, Arizona. He was born in Grand Rapids, Michigan, to Robert and Kathleen Schneider. Rich grew up in a family that loved nature and the outdoors. Some of his favorite memories included family camping with his aunts, uncles and cousins in Michigan - climbing Sleeping Bear Dunes, and hunting for Petoskey stones. His passion for exploring and preserving the natural wonders of the world sustained a lifelong career in service of these ideals. Rich attended Michigan State University where he earned a BS in Wildlife Biology and, later, an MS in Park Planning. The definitive experience of Rich’s life was his time in the Peace Corps, where he came to love both the people and natural beauty of the Philippines. He served his first tour with the Pinatubo Aetas where he learned to haul water, eat the occasional beetle larvae, and sleep under a mosquito net while he helped the village in their rice production. After completing his education, he returned to the Philippines to help with their budding national park system. He met his wife, Barbara Edmondson, a fellow volunteer, while working at the St. Paul Subterranean National Park on the island of Palawan. Rich’s academic and park management experience led him to a 34-year career as a manager for the U.S. National Park Service. He traversed the country with his family to work in some of the nation’s true treasures, and spent the last few years of his career with a national team to help improve and standardize the care of park buildings and resources. Rich wrote and published articles for the Peace Corps, National Park Service, and the Department of the Interior. In his retirement, he published a memoir of his first years in the Peace Corps as Living with the Pinatubo Aetas, a Peace Corps Philippines Journal. A close friend commented that, “His personal will power and passion, his desire to help others, and his devotion to environmental organizations impacted more people than he knew.” His family cherishes memories of his quick wit and fierce loyalty to the Spartans, the Broncos, and the Diamondbacks. Rich is survived by devoted wife, Barbara; son Aaron (Vanessa) Schneider; daughter Katie (Emilio) Sartori; granddaughter Elena Schneider; brother Robert Schneider; sister Suzanne (Hans) Borstad; mother-in-law Donna Edmondson; and aunt Marge Cecil. Rich supported organizations for parks and environmental protection, the Peace Corps Alumni Foundation for Philippine Development (a scholarship program), and organizations for Parkinson’s research.