Recent scare prompts reminder not to leave children, pets in car
‘Look before you lock’ 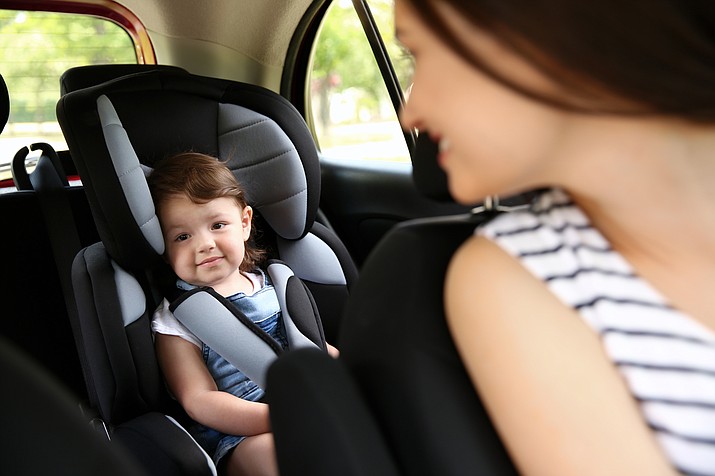 Prescott Valley Police recently responded to a call of a 7-year-old left in a hot car. The child was safely removed from the vehicle and the parent was investigated on charges of child neglect, police officials said Friday.

With summer temperatures finally beginning to warm up in the quad-city area, local law enforcement want to remind everyone not to leave children or pets in a vehicle.

Even though our summers are not as extreme as in the Phoenix area, temperatures in cars can still be hazardous or even deadly. If the temperature is 90 degrees outside, after 45 minutes or more a vehicle can get as hot as 130 degrees inside the car, said PVPD spokesperson James Risinger.

“Always remember that leaving a child or pet in an unattended car for even a few minutes can lead to an unintended outcome,” Risinger said. “A car is no place for a child or pet, and the temperature in a vehicle can lead to heatstroke and death in less than an hour. Our children and pets need us to make sensible decisions to protect them. When leaving your car, be sure everyone is with you.”

A phrase to help people remember this is “look before you lock” your car doors, Risinger said.

And if you see a pet or child left in a vehicle without the windows open or air conditioning on, report it your local police agency by either calling the agency's non-emergency number or 911.

See a pet in a hot car? Here’s what you should know
Dogs, cars, hot weather can be a dangerous combination
Editorial: What it takes to be a good Samaritan
Hit-and-run on Navajo Drive in PV leads to arrest
An avoidable tragedy: dogs in hot cars
Event Calendar