See Shakespeare at the Highlands Center June 14-15 & 21-22
One of the center’s biggest fundraisers of year, marketing and communications coordinator says 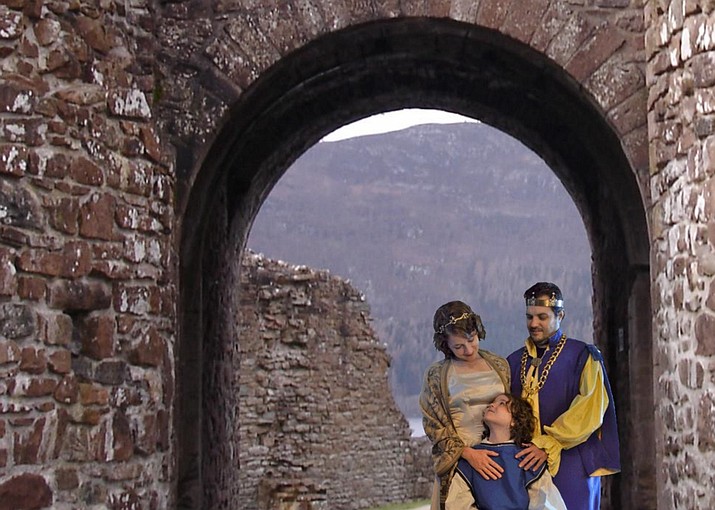 See “The Winter’s Tale” at the sixth annual Shakespeare in the Pines — with a reception at 6 p.m. followed by the play at 7, at the Highlands Center for Natural History, Fridays and Saturdays, June 14-15 and June 21-22. (Courtesy photo from Tom Agostino)

Laark Productions is bringing another one of Shakespeare’s plays to the Highlands Center for Natural History this weekend and next weekend for the sixth annual Shakespeare in the Pines.

This year is “The Winter’s Tale,” a play about a jealous king condemning his innocent wife and best friend to death while a baby princess is abandoned in a distant shore where she is adopted by a shepherd and a prince disguises himself as a peasant to woo a lovely maiden. It’s an interesting story, said Tom Agostino, marketing and communications coordinator for the Highlands Center. 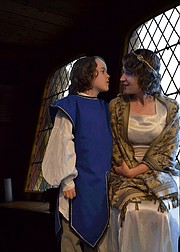 See “The Winter’s Tale” at the sixth annual Shakespeare in the Pines — with a reception at 6 p.m. followed by the play at 7, at the Highlands Center for Natural History, Fridays and Saturdays, June 14-15 and June 21-22. (Courtesy photo from Tom Agostino)

“That’s the one that has the bear in it,” Agostino said. “One of the stage directions is ‘exist (pursued by a) bear.”

The play begins at 7 p.m., after a 6 p.m. reception with offerings by El Gato Azul, Fridays and Saturdays, June 14-15 and June 21-22. Admission is $60 per person and includes the reception, available online at www.hcsitp19.eventbrite.com. Proceeds support the Highland Center for Natural History’s nature-based programs for children and is one of the biggest fundraisers the organization has all year, Agostino said.

Laark Productions doesn’t simply put on a Shakespeare play, Agostino said. They get really into it with their attention to detail and commitment to authenticity.

Some who put Shakespeare plays on give themselves a lot of freedom to take it in different directions; but, Laark likes to respect his work, direction and intent, Agostino said, adding that they do well with the costuming and set design and there should be some interesting special effects when it comes to the bear.

The atmosphere is going to be beautiful thanks to the weather and the title of "Shakespeare in the Pines" says it all, Agostino said.

“A beautiful summer night outdoors at the Highlands Center, seeing and hearing Shakespeare,” he said. “Doesn’t get too much better than that.”