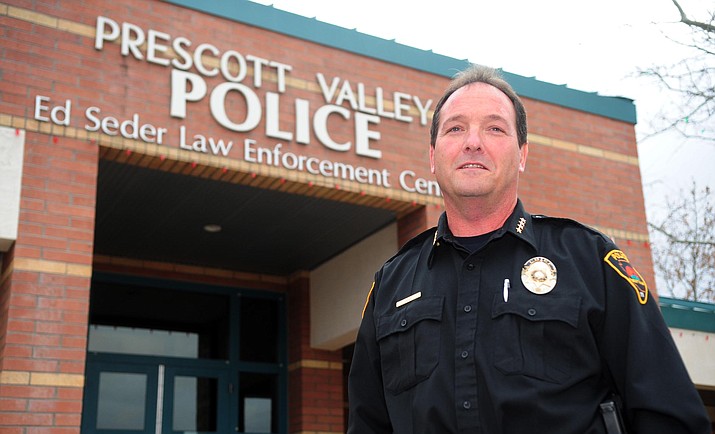 The Town of Prescott Valley has hired the executive search firm of Peckham & McKenney to recruit a new police chief, according to a news release.

The new chief will take the place of Chief Bryan Jarrell, who recently announced his intent to retire as of June 21 after five years with the town.

Peckham & McKenney has managed hundreds of executive searches throughout the western United States, successfully completing 20 Police Chief placements. Starting its 16th year as Peckham & McKenney, 80 percent of the firm’s placements since 2010 are still with their employers today. The firm offers a one-year placement guarantee.

Andrew Gorgey will serve as Peckham & McKenney’s recruiter for the Town of Prescott Valley. Gorgey has served 20 of the past 22 years in local government, including experience as a county manager, city manager (acting), county attorney, and general counsel, which includes 15 years at the executive level, both full- and part-time.

Gorgey said he has a particular interest in Arizona, where he is currently completing the City Manager recruitment in Flagstaff.

Gorgey has begun kickoff meetings with Prescott Valley Town representatives and employees to develop a candidate profile. He expects the position to be listed mid-June, and a selection of 10 to 15 pre-screened candidates by the end of August. From that pool, four to six are anticipated to be selected for interviews, narrowing the pool to two to three finalists by mid-September.

The town hopes to possibly welcome its new police chief by November.

Information provided by the Town of Prescott Valley.