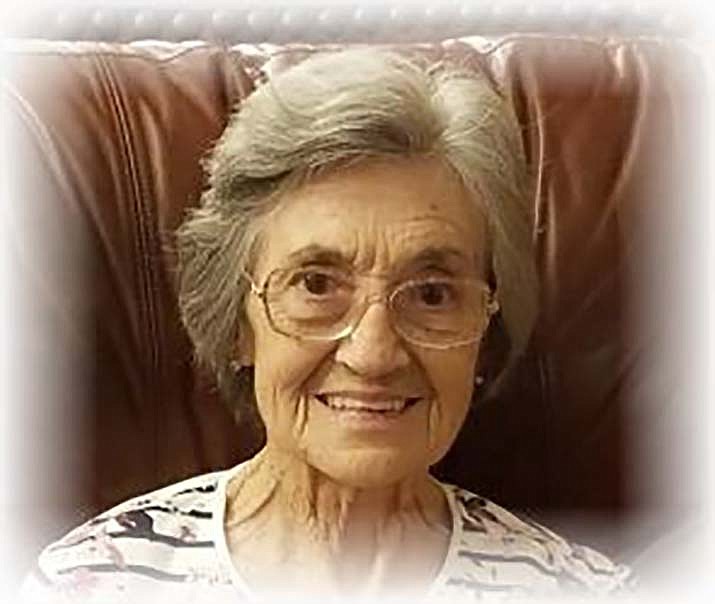 Adela Esther Burk entered her heavenly home to be with her Lord and Savior on Sunday, May 26, 2019.

Adela was confirmed in her Christian faith on June 16, 1946, at St. John’s Lutheran Church, Bowdle, South Dakota. At Mobridge Academy, Mobridge, South Dakota, Adela received her high school education and met the man with whom she would share over 61 years of marriage. On July 15, 1950, Adela Esther Kuehl and Milton Walter Burk were married at St. Paul’s Lutheran Church, Elizabeth, Illinois. Their marriage was blessed with 10 children.

As God’s will and divine calling beckoned, this pastor’s family traversed the country from Platteville, Colorado to Hastings, Nebraska, Milwaukee, Wisconsin to New Ulm Minnesota, Yucaipa, California to Garden Grove, California to Prescott, Arizona. Adela, blessed with hearty South Dakota farm girl roots, became an efficiency expert and skillful resource manager in her vocation as devoted pastor’s wife and mother of 10. She was an accomplished seamstress, cook, singer, gardener, quilter and peacemaker. In her “retirement” she was the loving primary caregiver for her beloved husband for the last 15 years of their married life. During this time, Adela treasured visits from family and friends and became an even more zealous fan of her favorite teams, the Lakers, Packers and Brewers.

Blessed be her memory! Memorials are preferred to the Wisconsin Lutheran Seminary Scholarship Fund or the MLC Equipping Christian Witnesses Campaign.