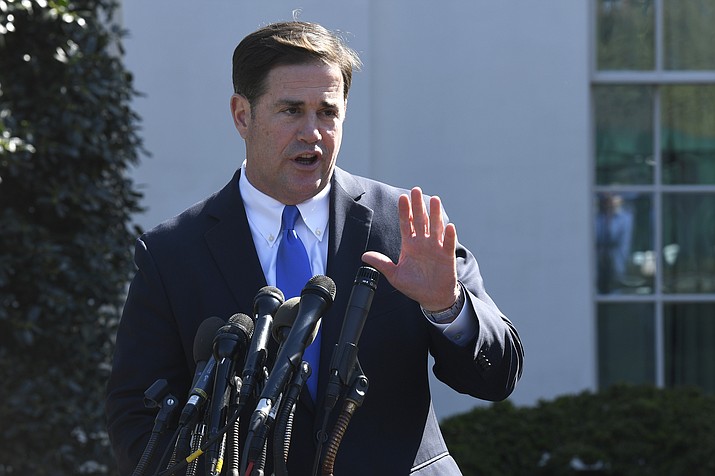 PHOENIX — Gov. Doug Ducey signed legislation Thursday to pay off about $190 million in debt, a payment he had originally opposed.

The funds are part of the more than $1 billion borrowed by the state during the recession, largely by selling off state buildings and in a lease-buyback program, when state revenues plummeted. That borrowing, pushed by Ducey predecessor Jan Brewer, was designed to prevent even deeper cuts in spending than the $1 billion that had to be instituted.

Brewer also oversaw a temporary 1-cent hike in state sales taxes to generate another close to $1 billion a year. With the payment, the remaining debt is now in the $550 million range.

What helped with the prepayment was an unexpected windfall of more than $150 million in state income tax revenues due to changes in federal tax laws that are increasing the obligation on some Arizona residents.

Lawmakers eventually enacted offsetting tax cuts for future years. But that still left the question of how to deal with the cash that already was coming in.

Senate President Karen Fann, R-Prescott, pushed for paying down the debt, with Sen. David Livingston, R-Peoria, carrying the proposal. They said that reducing what the state owes would not just save $50 million in interest over the life of the debt but would free up $24 million a year in debt service, money that Fann said could be better used to actually provide state services.

Ducey, as recently as a month ago, rejected the idea, saying he wanted to funnel any extra cash into the state’s rainy day fund.

“The beauty of a rainy day fund is it gives you options in the downturn or the crisis,’’ the governor said, calling such a turnabout in the economy “inevitable.’’

“You can only pay down debt once,’’ he said.

As it turned out, lawmakers negotiated a plan that boosted the rainy day fund to the $1 billion that Ducey wanted in the first place and still managed that $190 million debt payment. And the governor, in a prepared statement Thursday, praised the debt reduction, essentially echoing the statements that had been made for months by the GOP senators whose debt payoff plans he had opposed.

“With the ongoing savings from reducing debt, Arizona can focus on investing more dollars in the things that matter most like K-12 education, enhancing public safety and updating our state’s infrastructure,’’ he said.