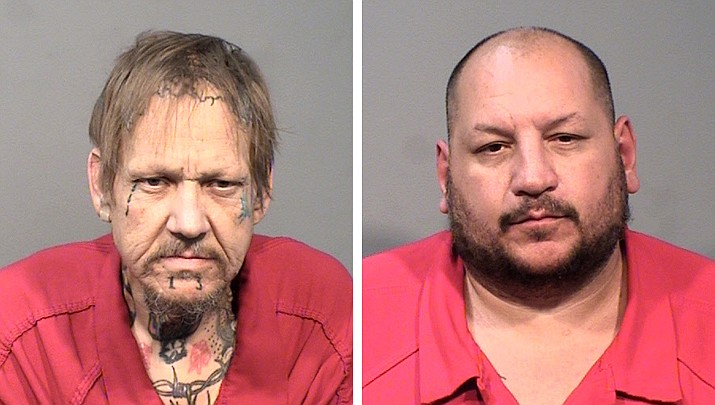 Investigative work by local law enforcement resulted in the seizure of more than 200 fentanyl pills in Prescott Sunday, June 2. 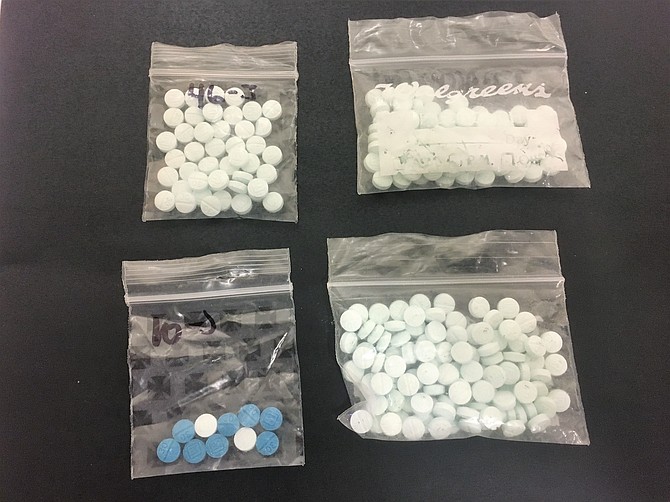 Based on information developed by the Chino Valley Police Department (CVPD) and shared with Partner’s Against Narcotics Trafficking (PANT) detectives, authorities believed drugs were being transported by men in a black Chevrolet 1500 truck, according to the Yavapai County Sheriff’s Office (YCSO).

The suspect vehicle was spotted around 4 p.m. Sunday and stopped after several moving violations on Iron Springs Road near Williamson Valley Road in Prescott. Inside were two men and a 17-year-old male who is related to one of them.

A YCSO K-9 arrived and was deployed for an exterior sniff of the vehicle. The K-9 positively alerted to the odor of illicit drugs and during a subsequent search of the vehicle, detectives found a container with marijuana residue along with drug paraphernalia, YCSO reported. The driver, 50-year-old Randall Arrington from Chino Valley, was also found to have a suspended driver’s license.

“Based on the drug and paraphernalia violations along with the suspended license violation involving Arrington, the adult occupants were arrested and the juvenile was detained,” YCSO spokesperson Dwight D’Evelyn said.

While being booked into the Yavapai County jail in Camp Verde, Arrington was found to have a baggie containing 73 blue ‘M30’ pills tucked under his genitals, YCSO reported.

When police interviewed the 17-year-old, he admitted to hiding more of these pills near his genitals. He removed the baggie, which contained three separate baggies with a total of 156 blue ‘M30’ pills, YCSO reported. The juvenile said that Arrington had given him the pills while they were in Mexico earlier. A sample of the pills were later tested and proved positive for fentanyl, YCSO reported.

No illegal contraband was found on the second man, 43-year-old John William Stevens from Chino Valley.

“Based on the interviews and prior investigation, it was determined the two adult suspects and juvenile had knowledge and involvement in the transportation of the fentanyl pills,” D’Evelyn said. “The effort by the Chino Valley Police Department, YCSO deputies, and PANT detectives directly resulted in the seizure of this poison before it reached potential users/victims in Yavapai County.”

Arrington is facing charges including transportation of a narcotic drug for sale and promoting prison contraband. He is being held without bond.

Stevens was charged with transportation of a narcotic drug for sale and intentional child abuse. He remains in-custody on a $100,000 bond.

The 17-year-old is pending charges for possession/ transportation of a narcotic drug.