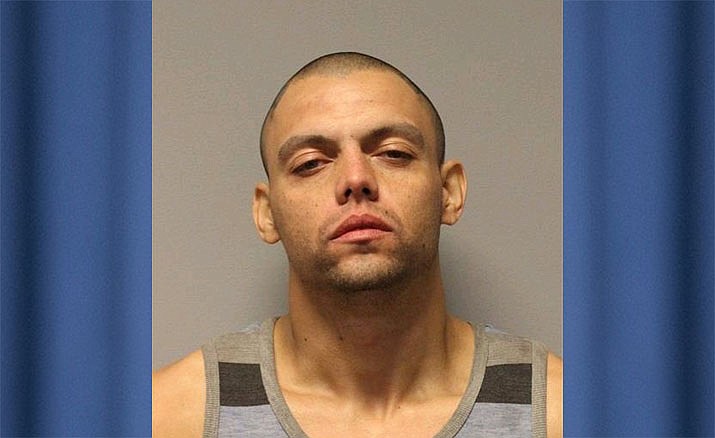 Seth Backus, 30, is wanted by police for a felony probation violation out of Gila County, four warrants out of Yavapai County and running from police in Cottonwood on May 30, 2019. (Yavapai County Sheriff’s Office/Courtesy)

He is described as a 6-foot-1, white male weighing about 230 pounds with black hair and hazel eyes, according to the Yavapai County Sheriff’s Office (YCSO). He also has tattoos on his head, arms and body. 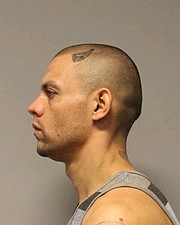 Wanted fugitive Seth Backus, 30, has tattoos on his head that appear to be horns. (Yavapai County Sheriff’s Office/Courtesy) 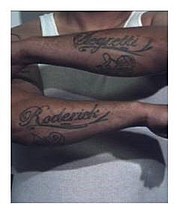 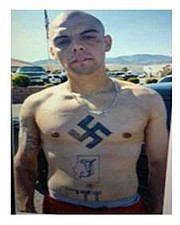 Backus is wanted on a probation violation warrant out of Gila County, as well as four warrants out of Yavapai County. He allegedly committed burglary in the first degree, felony theft and misconduct involving weapons in Yavapai County in September 2018, YCSO reported.

He is also wanted on an aggravated assault charge stemming from a Dec. 24, 2018 incident in which he injured a Yavapai County detention sergeant's hand while fighting with detention staff, YCSO said.

On May 30, Backus fled from police in the Cottonwood area and will be facing charges of felony flight and felony endangerment on top of the felony no-bond probation violation warrant, YCSO reported. Authorities believe he is armed and dangerous.

"He is known to carry firearms," YCSO spokesperson Dwight D’Evelyn said. “If you know of his whereabouts, please do not approach him. Notify law enforcement.”

Backus has stated he will not be taken back into custody, according to police.

If you provide information that leads to Backus’s arrest, you could receive a $500 cash reward, D’Evelyn said. To earn the reward, you must call Yavapai Silent Witness at 1-800-932-3232 or submit a tip at Yavapaisw.com.

“All tips are anonymous, and you never have to give your name,” D’Evelyn said.