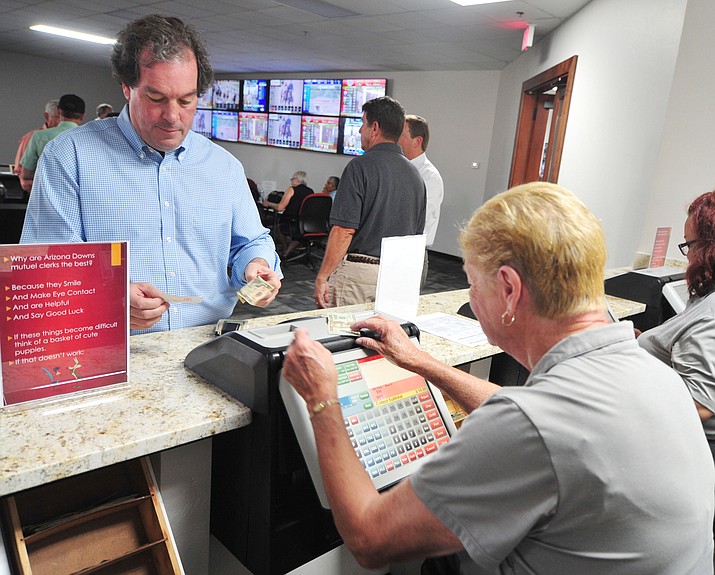 Horse racing is back in the tri-city area, yet out-of-state interests have a say in its bottom-line success.

That is the crux of Arizona House Bill 2547, which would require out-of-state simulcast operators provide their signals to all Arizona racetracks.

The simulcasts at off-track betting sites benefit not only the track, but also the horse owners, riders and trainers through better purses.

Arizona Rep. Steve Pierce, R-Prescott, said Arizona Downs’ impact on Prescott Valley and its surrounding communities is undeniable. “The track brings in hundreds of millions of dollars to the area throughout the summer,” Pierce said. “I heard people last (Memorial Day) weekend saying that hotels were full, restaurants were full and lots who were there were racetrack people.”

That is quite the change from an area and state without summer racing; the Downs operates during the summer, while Turf runs the rest of the year.

Turf Paradise officials say they could lose as much as $7 million, urging Gov. Doug Ducey to veto HB 2547.

Turf Paradise General Manger Vincent Francia told the Courier the track opposes the bill because it tells businesses they have to do business with someone or they have to sell whatever product at a certain price. He says the simulcast providers are the problem.

We see the situation like utility companies, which are businesses but are regulated. HB 2547 is needed for the growth and flourishment of horse racing in the state — not only for a level playing field between tracks and the benefits they bring to their cities or towns.

“This legislation requires that out-of-state simulcast operators provide their signals to all Arizona racetracks. This is the backbone of creating a fair purse process that will guarantee racing will thrive in Arizona, without harming any of the current racetracks,” said famous horse trainer Bob Baffert, who got his start at Prescott Downs.

Ducey can either sign or veto it, or “pocket” it — letting it become law without his signature. That would happen on Wednesday, June 5.

Governor, we ask that you send a clear message: Sign the bill.

WHAT CAN YOU DO?

Contact Ducey today at azgovernor.gov or call 800-253-0883. Let him know that you want him to stand up for rural Arizona.