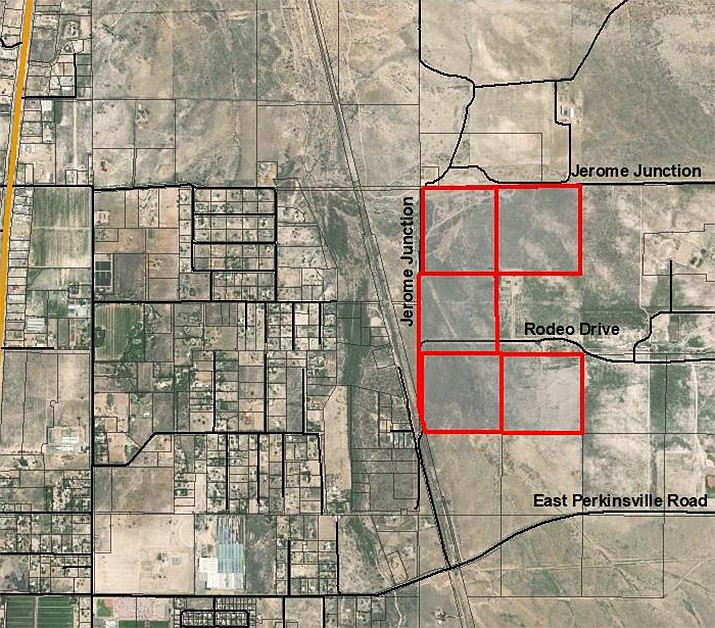 The Town of Chino Valley has a new Business Park Zoning district after a 5-1 vote by the Chino Valley Town Council at its Tuesday, July 23, meeting.

“Staff believes that this will be a good step going forward to achieve the goals of the town to make Old Home Manor what is identified within the G eneral Plan as an employment park,” Town Planner Alex Lerma said. “This is going to be the first step to do that.”

The proposal had gone before the Planning & Zoning Commission in May and appeared before the council in two study sessions where council members directed staff to make changes and additions, Town Planner Alex Lerma said. Those changes center on the purpose statement and the term “excessive” when it comes to water and pollution, he added.

The direction staff took when it comes to the term “excessive water usage” is found under prohibited uses that states those uses include any industry with excessive water usage and no recharge to the aquifer, Lerma said. Further, additional language was added regarding performance standards, noting that all uses shall connect to multiple water and sewer and shall discharge at least 65% of all water to sewer, he said.

The benchmark for excessive particles and pollution, dirty industries that emit said particles and other pollution was added to be that of the United States Environmental Protection Agency’s air quality standards, Lerma said. Those are the standards that dictate how much of the pollutants can be used by businesses, he said.

Though the text was adopted at the meeting, staff is still working on the text with additional language they are planning to add, Lerma said. They want to add to the noise table section once amendments are made to the town code, he said. Language and clarification can be added at any time because the Business Park text amendment is a living document, Lerma said.

“If council wants additional language or additional clarification made to the zoning district, we will be able to do that through the UDO text amendment,” he said.

For both votes, Councilman Corey Mendoza was the sole ‘nay’ vote and declined to give a statement as to why he voted against the creation of the zoning district and the rezoning, except to say there are some things coming up in economic development and he does not wish to create any problems.