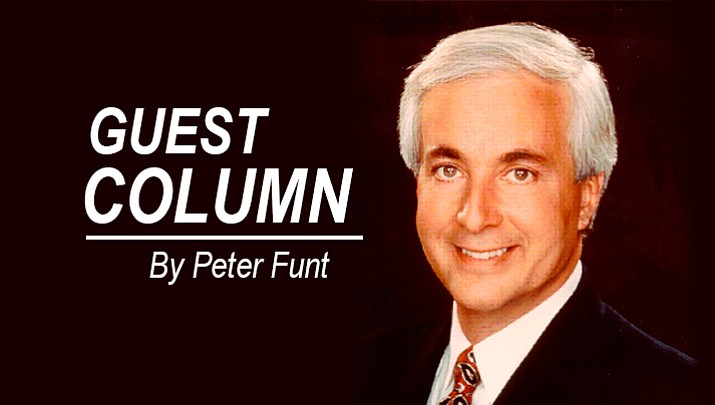 There was a clear message in Robert Mueller’s testimony last week before two House committees, but it wasn’t just about the danger Russia poses to our elections. It was the risk that aging presents for our public servants.

Mr. Mueller has had an illustrious career as a faithful public servant - one of the few things Republicans and Democrats were wholeheartedly able to agree upon. Some argued that his 488-page written report should have been allowed to speak for itself.

Instead, the report’s author - or, more accurately, its executive producer - appeared on television for roughly seven hours in a feeble, often painful, display. Those who have observed Mr. Mueller in prior appearances before Congress say he has lost more than a few feet off of his fastball, unable to remember basic details and frequently asking that questions be repeated.

Mr. Mueller turns 75 next month. He’s unlikely to ever again take on the task of special counsel, nor, for that matter, will he ever run for president.

But as this septuagenarian steps aside, two men who are each his senior are seeking the Democratic nomination for the nation’s most demanding office. On Inauguration Day in 2021, Bernie Sanders will be 79 and Joe Biden 78. Even their relatively youthful opponent Elizabeth Warren will be 71. Donald Trump: 74.

The average age of U.S. presidents at inauguration in the last half century is 56.5.

People generally live longer nowadays and remain productive later in life. One’s age should not be an issue, especially in the workplace - until the day arrives when it is. If, on that day, you’re a special counsel, maybe you find an apartment in the Sun Belt and write a memoir. However, if you’re performing heart surgery or about to sit down with Kim Jong Un, it’s likely to be a more serious concern.

In Iowa I recently watched several of the Democratic contenders, including Mr. Biden and Mr. Sanders, participate in town halls sponsored by the AARP. Understandably, aging was a central topic. Everyone, including Pete Buttigieg, the 37-year-old mayor from South Bend, Ind., railed against age discrimination. The candidates all agreed that employers should not be allowed to ask an applicant’s age - which played well for this crowd but struck me as too broad, even in PC times.

Much has been written about how Ronald Reagan, who was 73 when he began his second term as president, suffered some degree of cognitive impairment while in the White House. Still, it wasn’t until he had been out of office for six years that he was officially diagnosed with Alzheimer’s disease.

Whatever President Trump’s critics dish up, it’s never about his vigor. Like seniors Bernie Sanders and Elizabeth Warren, he bounds from one event to the next with seemingly limitless energy. On the other hand, Joe Biden, whom the president slyly refers to as “Sleepy Joe,” does not appear as sharp on the campaign trail or in debates.

What would happen if any of these politicians had a Mueller Moment? For a candidate it would be devastating; for a president it would present an almost unthinkable crisis in government and on the world stage.

In the estimation of some experts, President Trump has already exhibited early stages of dementia. Last year 70 health professionals signed a letter urging a thorough neurological exam for Mr. Trump, citing “declining faculties for complex thought.” “Failure to recognize old friends” and “markedly declining vocabulary in recent years.” One member of the group, the psychologist John Gartner, wrote in USA Today four months ago, “The need (for an exam) is more screamingly obvious now than it was when we first called for it over a year ago.”

Asked about age in an interview with New York Magazine last fall, Mr. Sanders said, “What people have a right to know: Is the candidate healthy? Does he or she have the energy to do what is a very stressful and difficult job?”

Quite possibly when Robert Mueller was appointed special counsel two years ago, the answer to both questions was “yes.” But what we saw on Capitol Hill the other day would seem to indicate a change.

There is an undeniable risk that comes with placing older people in high positions for fixed terms. Voters might choose to look past this but they should at least, in the words of one senior citizen, “Take the question.”

Peter Funt is a writer and speaker. His book, “Cautiously Optimistic,” is available at Amazon.com and CandidCamera.com. Columns distributed exclusively by Cagle Cartoons, Inc., newspaper syndicate.