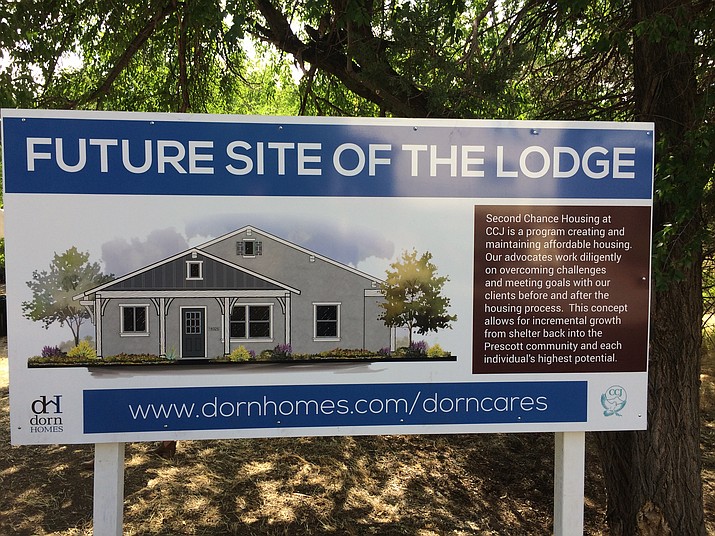 Two lodge model homes are to be built to house four to six of CCJ’s homeless clientele each. (Nanci Hutson/Courier)

The Coalition for Compassion and Justice’s homeless clientele were at the heart of a celebrated transformational housing program a former client calls nothing short of a “miracle.”

The houses, built through a partnership between CCJ, Dorn Homes and its multiple trade partners, will provide private and communal spaces for between four and six clients each in a multifamily downtown neighborhood off South Rush Street.

One year ago, the proposed lodge model was just an imagined sketch by local architect Carol Russell. Then CCJ leaders shopped it to Dorn Homes to see what might be possible. At the time, CCJ expected to launch a capital campaign to fund the homes, estimated to cost about $150,000 each.

Fast forward to today, these two soon-to-be built lodges will be a gift to the nonprofit agency and its chosen clients thanks to the generosity of the local building community. The tenants’ $300-a-month rent then will be placed into a CCJ fund to cover the costs to build more such homes.

“It’s a fulfillment of a great desire – to see the beginning of the end of homelessness,” declared Russell who attended the ceremony held on the lot where the homes are to be built.

Former CCJ client and board member Chris Chamberlain told the crowd that just over a year ago he was sleeping on a mat in the CCJ Stagger Straight Shelter on Madison Avenue. Now Chamberlain is sober, works full time and lives in a CCJ mobile home property with his girlfriend. The two have built a garden and give thanks each day to their new life together.

To know other folks struggling through similar obstacles will now get their “second chance” is just such a blessing, Chamberlain said. 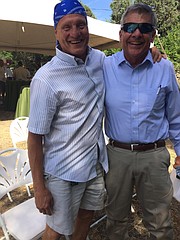 “This is a start of something miraculous … being a former client, this just gets me in the heart,” Chamberlain said prior to the start of the ceremony that offered him a chance to stay thanks to all who played a role.

All smiles as he stood before a row of gold-painted shovels in dirt intended to become the foundation of what for CCJ clients can be a new life, Dorn Homes Owner and President Dave Grounds said he is “humbled” to be part of something as “super meaningful and life enriching” as this project.

“We believe this is an incredible transition for people who now don’t have a lot of hope, but now will be given hope and dignity. This is a dream come true, and you’re the ones who made this happen,” Grounds said as he stretched open his arms to encompass the many behind-the-scenes partners.

The expectation is that the models will be ready for occupancy in early 2020.

CCJ Executive Director Jessi Hans said these are not just any houses – they represent a slice of freedom for people forced by layers of obstacles to live in a way no one deserves.

“I could not be more grateful,” Hans said to all who have donated to, and encouraged, her agency’s latest housing effort. “This speaks to the generosity of this community.”

For men and women who have had to sleep outdoors, or on a mat next to a stranger night after night, the ability to sleep in their own sheets, launder their own clothes, cook a meal in a kitchen they share with just a couple roommates, and take a shower on their own schedule, makes an incalculable impact, Hans said. These homes are “creating dignity and resilience” in people who now can be proud of who they see in their own bathroom mirror, she suggested.

The mayor said he is proud of what has been accomplished, and all the Prescott businesses and supporters who have rallied behind this vision. Yet he was quick to say he is not surprised.

“This is just who we are,” Mengarelli concluded.

Once living at intersection of homelessness and hopelessness, CCJ client now is hopeful homeowner
CCJ leaders and clients call Dorn Homes and partners’ donation of homes ‘a blessing’
A second chance: CCJ partners with Dorn Homes to house those in need
CCJ’s mission in New Year is to end and prevent homelessness
Message to community on homelessness: Affordable, accessible housing is the answer
Event Calendar