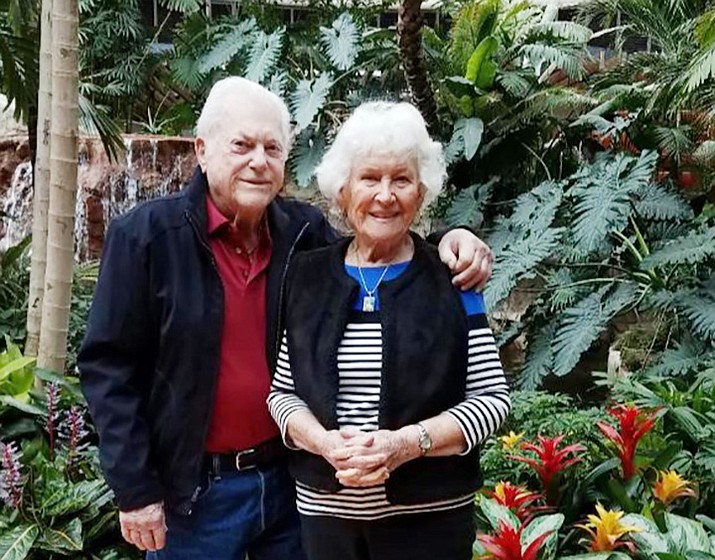 Roy and Carol (McManus) Henderson of Prescott celebrated their 70th wedding anniversary on July 8. Carol was born in Arizona and moved to Whittier in middle school. She met Roy in high school; they were married and remained in Whittier where they raised their three children until moving to Prescott in 1989. Congratulations from your family.