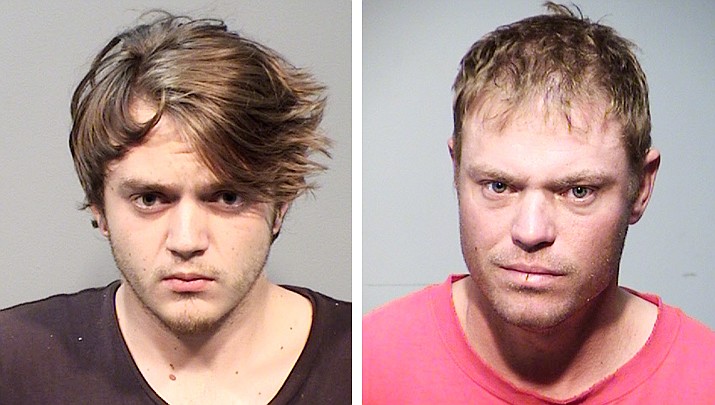 An argument between two men that started at a Prescott residence late Wednesday night, July 24, turned into a dangerous pursuit that ended at Yavapai Regional Medical Center (YRMC) early Thursday morning, according to police.

Prescott Police Department (PPD) officers responded to the YRMC parking lot at 12:31 a.m. due to report of an assault in progress and shots fired, PPD reported Friday morning.

At some point during the argument, Stephens and a woman he was with drove away in her motor home. Beck chased the two through the neighborhood in a 2011 Kia SUV. As he pulled up next to them at the intersection of Fair St. and Miller Valley Road, Stephens fired one round from his handgun at Beck, PPD said. The round missed Beck as well as the vehicle he was driving.

The pursuit continued north on Miller Valley Road and into YRMC’s parking lot, where Beck used his vehicle to “repeatedly ram the motor home,” PPD reported. Beck’s vehicle eventually became disabled and Stephens, along with the woman, left the scene to a nearby location where they phoned police.

Beck was arrested by responding officers and later booked into the Yavapai County jail on felony charges of aggravated assault, endangerment and possession of drug paraphernalia. Stephens was also arrested and booked into the Yavapai County jail on the felony charge of drive-by shooting. No charges have yet been filed against the involved woman and nobody was injured during the course of these events.