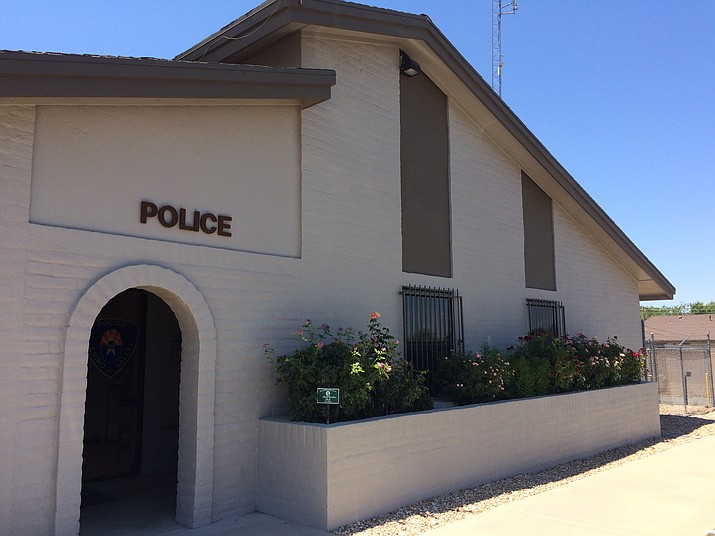 One possible use for capital funds is a new building for the Police Department. (Jason Wheeler/Review)

With $2 million available for some capital improvement projects, the Chino Valley Town Council eyed some possible contenders at its Tuesday, July 16, study session.

“We have an opportunity to move some of these projects we’ve had on the backburner forward,” Finance Director Joe Duffy said. “It’s really sort of a one-time shot in the arm. It’s that extra half-million we’ve rolled over every year that has over-funded our reserves. We do need to spend the money … for the first time since I’ve been here, (the town has) the opportunity to do some really good projects.”

The Capital Improvement Fund gets 1% of what the town receives in sales tax and it’s used to pay the town’s debt services as well as various projects, Duffy said. Plans so far, he said, include $250,000 for an Old Home Manor master plan to move Old Home Manor’s development forward, $80,000 for the traffic signal at Road 1 North and $100,000 to pave Jerome Junction.

One possible project that staff has talked about is possibly paying off the town’s second line of lease purchase credit, he said. The town has three years left to pay it off and, after borrowing $825,000, it owes about $500,000 right now, Duffy said. If $380,000 of cash out of the Capital Improvement Fund is used and the difference is made up of money that has been budgeted out of other funds, it would save about $16,000 of interest over the next three years.

Staff has also talked about a new building for the Police Department, Duffy said. That’s something that has been talked about for a long time, Town Manager Cecilia Grittman added.

“In my opinion, this is something that’s been on the back shelf probably the whole time I’ve worked here as far as them needing a bigger building,” Grittman said. “Never have we had permission, really, to pull the trigger.”

A design for a new Police Department would be about $350,000 and the project as a whole would take about $4.5 million, Duffy said. The town would probably do a 25-year bond on it but it would be a building that lasts 50 or 75 years, he said, adding that’s how most communities finance big projects.

The payment on $4.5 million is about $400,000 per year, which is something that the Town of Chino Valley can’t afford, Duffy said.

“We know we have a need for the facility,” he said. “It’s do we want to address it now?”

A decision on what projects the town will pursue will return at a future council meeting.