Amber Alert: Suspect in disappearance of 4-year-old girl may be in Arizona 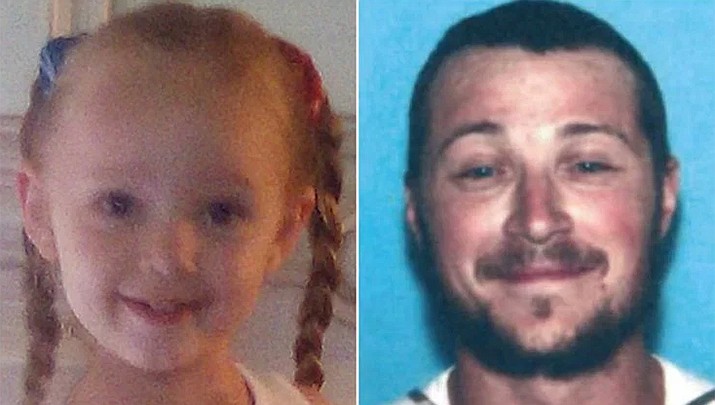 An Amber Alert has been issued for a 4-year-old girl missing from West Virginia who is believed to be in extreme danger. The Amber Alert vehicle has been sighted in Arizona.

According to the alert, Gracelynn Scritchfield was last seen in Fairmont, West Virginia on July 6. Authorities believe the child was likely abducted by her biological father, Arlie Edward Hetrick III, 26.

Scritchfield is described as being 3 feet tall and weighing 35 pounds. She has brown/blonde hair and blue eyes. She was last seen wearing summer clothing.

They may be traveling in a gold 2001 Subaru Forester with West Virginia plates: 1TH163.

One report to police indicated the suspect vehicle might have been seen traveling northbound on Interstate 17.

Anyone with information is asked to call 911.