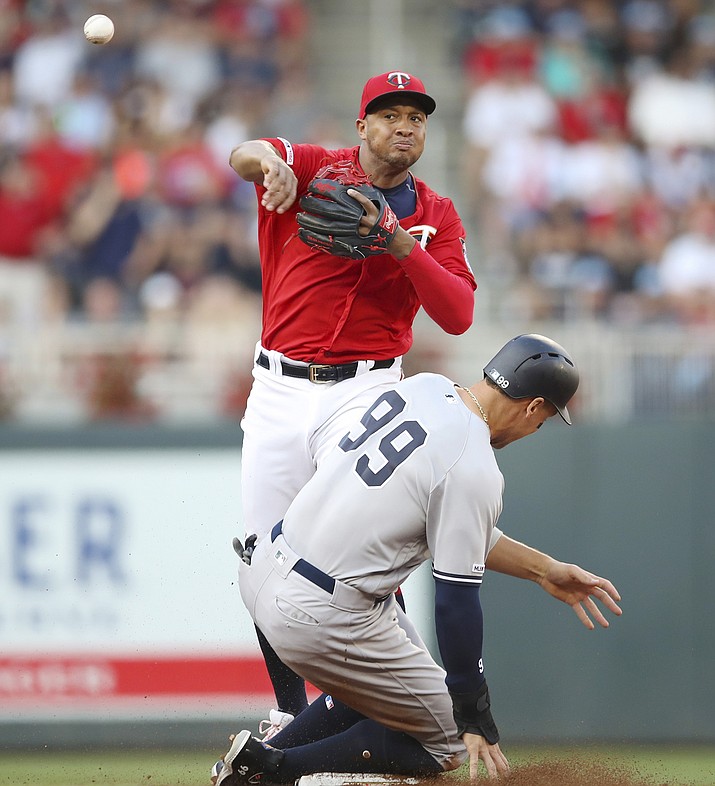 MINNEAPOLIS — The Minnesota Twins picked the perfect time to turn a triple play for the first time in more than two years, squelching a first-inning rally in the series opener against the New York Yankees.

After DJ LeMahieu and Aaron Judge drew walks to start the game on Monday night against Martín Pérez, Edwin Encarnación hit a sharp grounder to third baseman Luis Arraez, who stepped on the bag and whipped the ball to second baseman Jonathan Schoop in the same motion.

The relay to first baseman Miguel Sanó beat Encarnación by a step, completing the first triple play for the Twins since June 1, 2017, when Sano, Brian Dozier and Joe Mauer went around the horn against the Los Angeles Angels.

The Yankees had also gone two years without hitting into a triple play. Todd Frazier was the last guilty party, on July 25, 2017, against the Cincinnati Reds.

The play contributed to the Twins’ 8-6 win over the Yankees on Monday night — a matchup of division leaders and possible playoff preview.