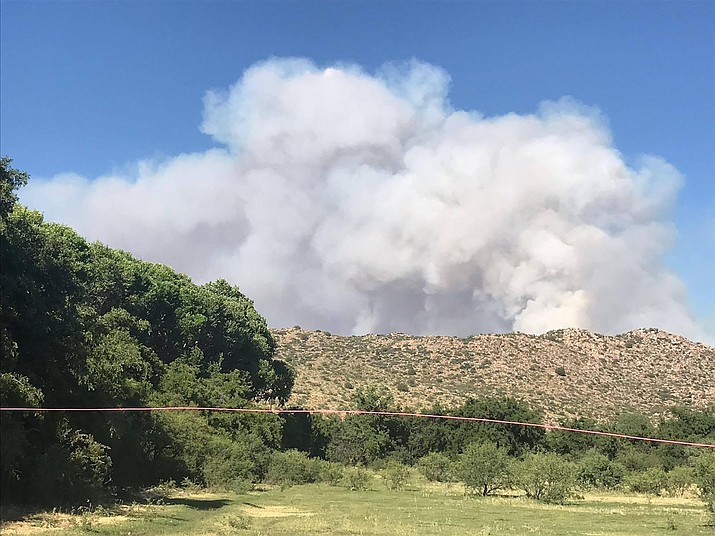 Cloudy skies and higher humidity on Friday combined to help firefighters improve containment of the Cellar Fire south of Prescott.

The fire was at about 7,400 acres and 18 percent contained on Friday evening, the Prescott National Forest (PNF) reported.

Crews were able to hold the fire’s progress along the south and southwest perimeter. Little activity was reported on the east side, but retardant from airtankers kept the fire from moving, a PNF release stated. Dozers worked to create a fire line as terrain allowed on the north end near Longfellow Springs.

The crews also continued to make good progress building a fireline along the west and northwest side of the fire.

A total of 594 fire personnel were battling the blaze, including 10 Hot Shot Crews, six Type 2 IA Crews, one Type 2 Crew, two dozers, and 18 fire engines, according to the release.

Fire crews were working on structure protection at Palace Station overnight and monitoring hots spots along the Senator Highway on the east side of the fire down to Shady Dells. Cloud cover was expected to keep heat over the fire, but little fire activity was expected.

The potential for heavier smoke impacts exist into the weekend. Daily smoke outlooks are being posted to the Central Arizona Smoke Outlook at wildlandfiresmoke.net/outlooks/CentralArizona.

An interactive Cellar Fire Map is available at tinyurl.com/CellarFireMap. 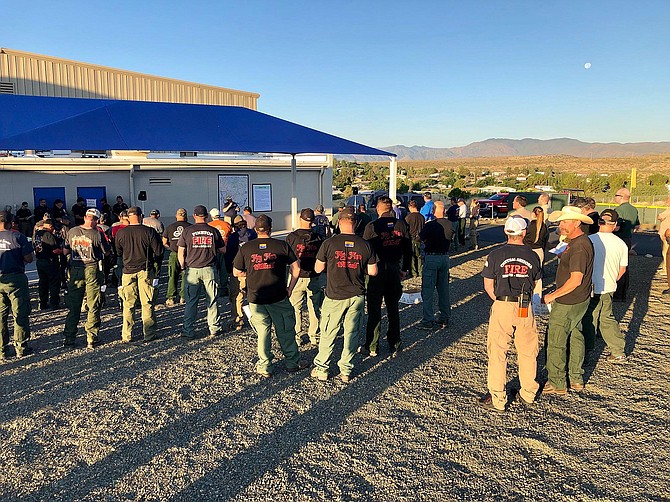 The meeting is scheduled to be livestream on Facebook at www.facebook.com/PrescottNF/ and the recording will be posted after the meeting is over. If organizers are unable to livestream or lose the connection, they will record the meeting and post highlights afterwards. No Facebook account is required to view the video.

On Thursday afternoon, the Yavapai County Sheriff’s Office issued a Code Red “GO” mandatory evacuation for the residents located in Pine Flat. A shelter has been set up at the Prescott High School.

For information on Code Red alerts, visit the Yavapai County Sheriff’s Office Facebook at www.facebook.com/YavapaiCountySheriff/ or call 928-771-3321 from 7 a.m. to 7 p.m.