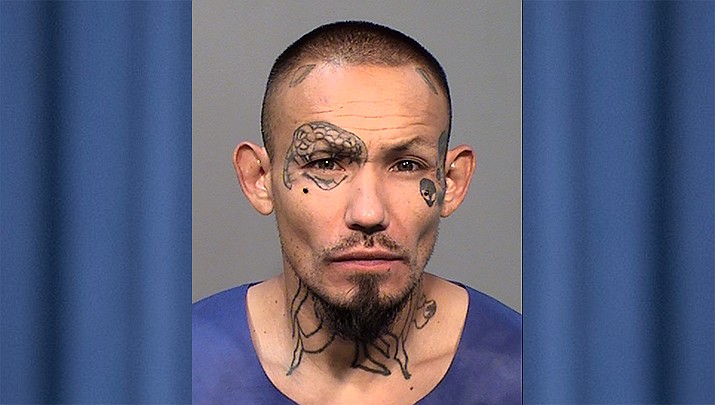 An off-duty Yavapai County Sheriff’s deputy on Thursday night, July 18, managed to restrain an intoxicated and enraged Congress man accused of fatally stabbing his father in the living room of the home they shared after the parents confronted him about his alcohol use, according to a news release.

Greg Hernandez Romero, 33, was arrested and charged with second-degree murder, aggravated assault and aggravated assault on a peace officer, the YCSO reported Friday. Romero is being held without bound in the Yavapai County jail in Camp Verde.

The Sheriff’s Office stated that Romero was in the kitchen of the family home on Kristina Drive at about 8 p.m. when his parents arrived and found that he drank a large amount of beer and argued with him about his drinking habits. An angry Romero reportedly threw his phone and then grabbed two large kitchen knives that he used to try and stab his mother.

His father, identified as 63-year-old David Romero, intervened, attempting to restrain his son. Instead, Greg Romero started attacking his father as the struggle moved from the kitchen into the living room where the elder Romero collapsed on the floor after he was stabbed in the chest, the YCSO said.

Romero then grabbed yet another knife and threatened to slit his own throat, the release states.

The mother ran outside and flagged down the off-duty deputy. The deputy, who was not identified, instructed the mother on how to perform cardio-pulmonary resuscitation on her husband as he restrained the son until fellow deputies arrived. The elder Romero, however, did not survive, the release concluded.

Sheriff’s detectives were called to the scene and are handling the ongoing investigation.

Citizens can contact the Yavapai County Sheriff’s Office with information or questions at 928-771-3260 or visit the website: http://www.ycsoaz.gov. In an emergency, dial 911.