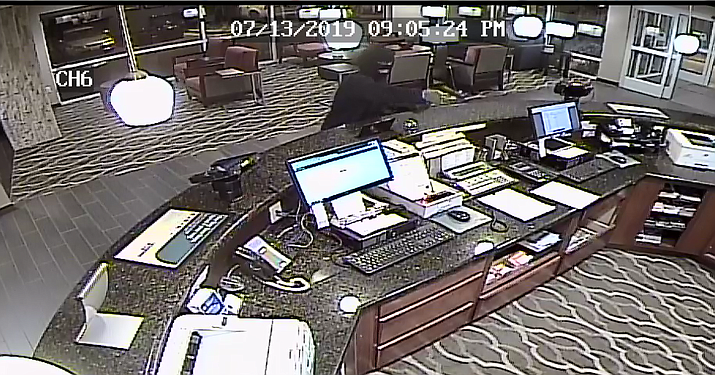 A male suspect points a gun and demands money from a clerk at the Comfort Suites in Prescott Valley Saturday night, July 13. Police are seeking information about the robbery. (PVPD/Courtesy)

The Prescott Valley Police Department (PVPD) are seeking information about an armed robbery that took place at the Comfort Suites in Prescott Valley on Saturday, July 13.

Officers were dispatched to the hotel, located at 2601 N. Crownpointe Drive, at about 9 p.m. while the robbery was in progress, PVPD reported Tuesday morning, July 16. By the time they arrived on the scene, however, the suspect had already fled in a small, dark-colored vehicle. Detectives currently believe the suspect is a male and was the only one involved in the crime, said Javier Martinez, PVPD public information officer.

Surveillance footage and victim statements indicate the suspect, who was wearing a black ski mask, pointed a handgun at a clerk, demanded money and then drove off. Martinez said due to the ongoing investigation, the PVPD could not disclose the amount of money stolen. 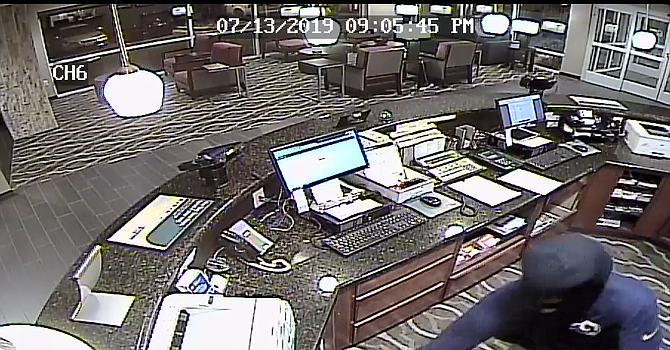 Anyone with information about this crime is urged to call Yavapai Silent Witness at 1-800-932-3232 or file an anonymous tip at www.p3tips.com.