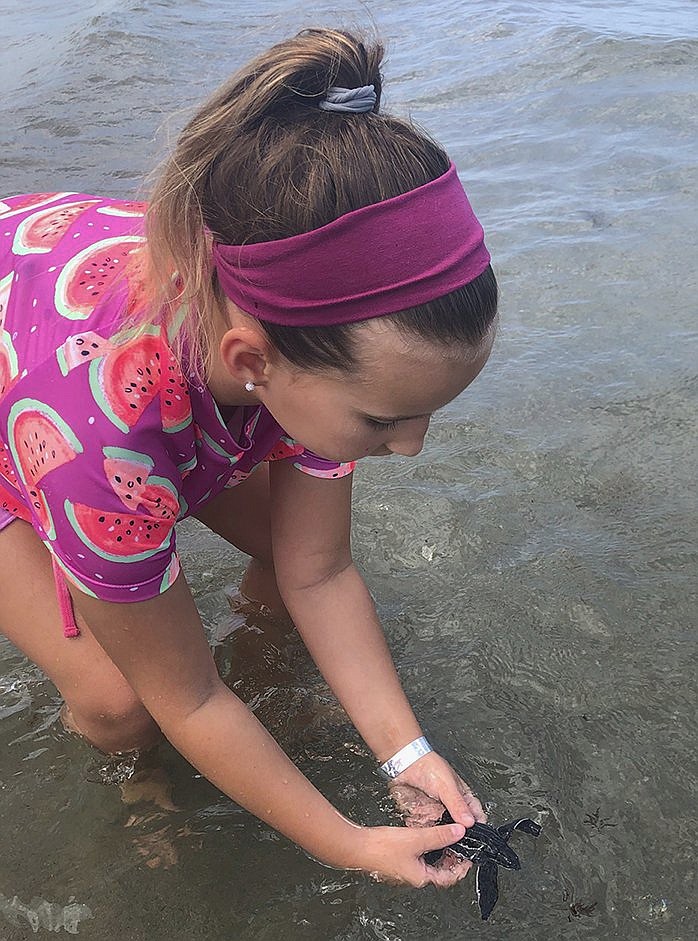 In this Tuesday, July 2, 2019 photo, Samantha Kohl, 10, puts her hands around a baby leatherback turtle in Boca Raton, Fla. Kohl helped save 44 baby leatherbacks when they began hatching in the afternoon sun. (Jaclyn Kohl/Palm Beach Post via AP)

But when she saw adults scooping baby turtles out of a nest at South Beach Park on Tuesday (July 2), she remembered what she’d learned at summer camp at Gumbo Limbo Nature Center in Boca Raton, just north of the spot where she was putting down her towel.

“Should we call Gumbo Limbo?” she asked.

Then, without waiting for an answer, she grabbed her mom’s phone and made the call.

Her quick thinking saved 44 of the 68 baby turtles in the nest and gave adults around her a lesson in what to do in the future in that situation.

One man, Samantha said, had “put a sea turtle on his flip-flop and carried it to the ocean. It was so weird.” Others poured water bottles into the nest, hoping to keep the turtles cool in the sand, which the Pine Crest School student described as feeling like it was “137 degrees.” A few people even picked up the hatchlings to take photos.

“I do understand that they were trying to help, but they weren’t really helping,” she said. 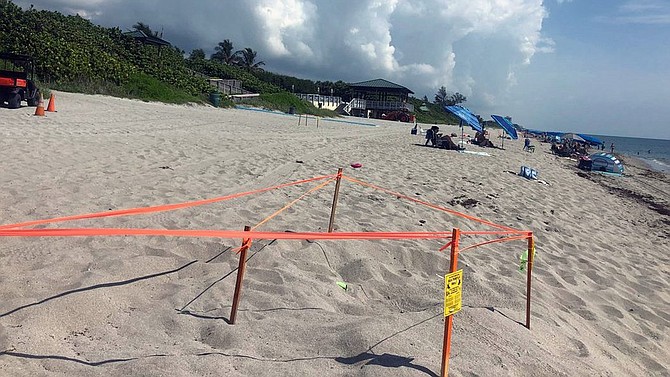 A section of beach is cordened off as leatherback turtles are hatching at a nest in Boca Raton, Fla.(Bailey Lefever/Palm Beach Post via AP)

Turtle nests are common in the summer along Palm Beach County and Treasure Coast beaches. They’re usually marked with poles and tape so beachgoers can avoid disturbing them. The eggs, however, usually hatch at night, with the turtles then finding their way into the Atlantic.

Tuesday was different. Samantha was at the beach with her mother, Jaclyn, and her 13-year-old cousin, Danielle Cowlie. They had arrived when she saw adults digging baby turtles out of the nest. She had learned at Gumbo Limbo that the nest was part of a research study for Florida Atlantic University.

After getting the call, two Gumbo Limbo officials came racing up the beach on ATVs with “sand flying,” Samantha said. They told the lifeguards that they should not to let people touch the nest. “Of course, nobody wanted to admit that they were disturbing the nest,” Jaclyn Kohl said.

Luckily, one lifeguard had collected what eggs and turtles he could in a bucket, even the ones he assumed were dead. It “put them in the shade so that they wouldn’t get that 110-degree heat exposure we’re having right now,” the elder Kohl said. 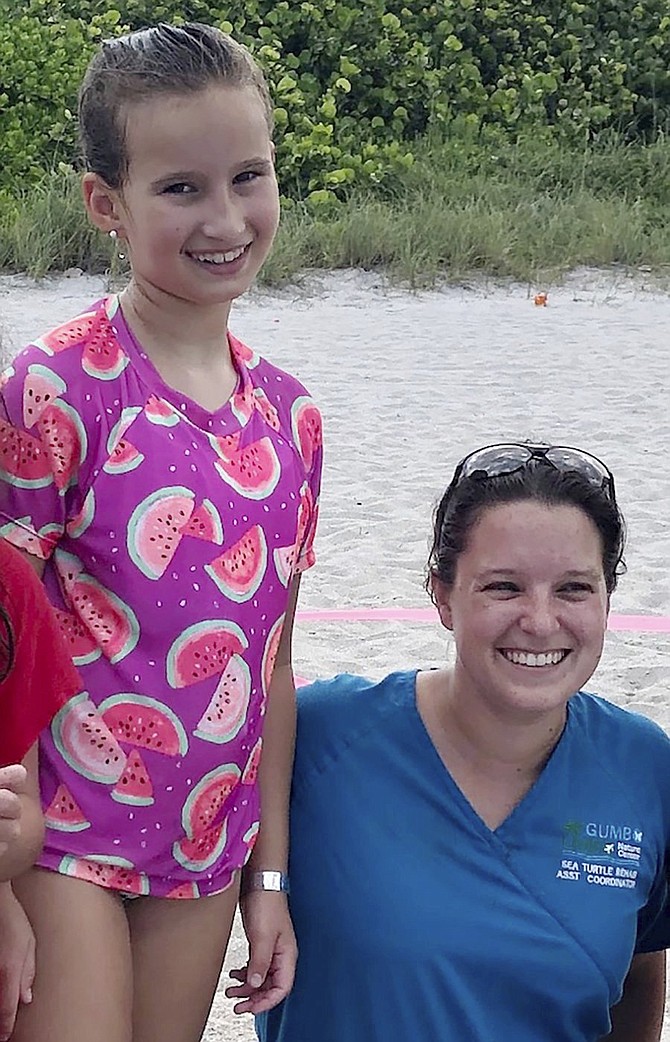 Samantha Kohl, 10, and Caitlin Bovery of the Gumbo Limo Nature Center, pose in Boca Raton, Fla. Kohl alerted the center when they started hatching in the sun. The center was able to save 44 baby turtles. (Jaclyn Koh/Palm Beach Post via AP)

Kohl stayed until the lifeguards plowed back to the center on their ATVs. She said she was thrilled to play a role in saving the turtles.

Since the rescue, Kohl’s friends have asked her questions about the marine creatures.

“My friend even texted me that it was a once-in-a-lifetime moment. That it’s very rare to see,” she said.

And she’s told them what to do if they saw turtles hatching on the beach, she said, adding, “I really want to be a sea turtle person that saves sea turtles when I get older.”

For now, she has her fourth-grade fall at Pine Crest to focus on. 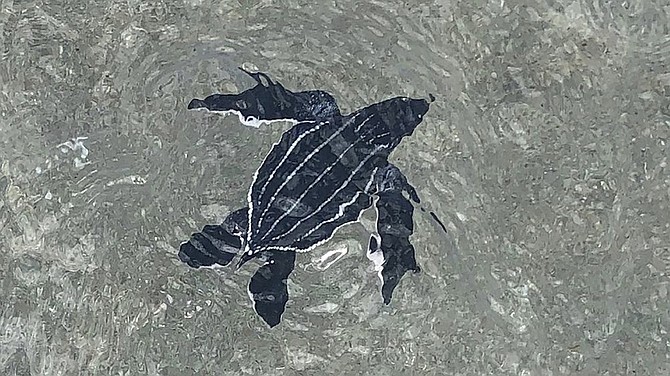 A baby leatherback turtle swims in the water off in Boca Raton, Fla. (Jaclyn Kohl/Palm Beach Post via AP)