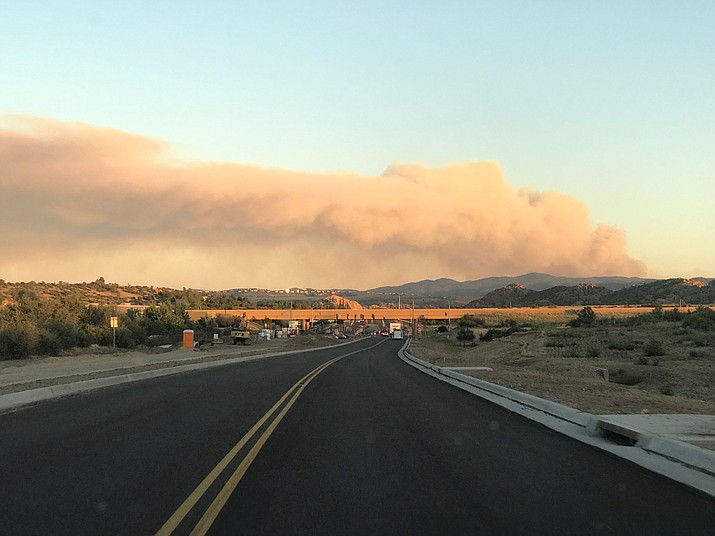 The Cellar Fire, located near Wagoner, has charred more than 1,000 acres as of Tuesday, July 16. The photo is taken from north Prescott near the Highway 89 and Highway 89A interchange. (Les Stukenberg/Courier)

EDITOR'S NOTE: This story has been updated from a previous version.

What started out as a small 5-acre fire started by lightning near Wagoner this past weekend grew to more than 8,000 acres by Tuesday evening, according to the Arizona Interagency Wildfire website.

Reports earlier in the day had the Cellar Fire estimated to be at 1,000 acres.

"It's probably more than that," Prescott National Forest spokesperson Debbie Maneely said at the time in a phone interview with the Courier on Tuesday night. "We'll get a better idea tomorrow." 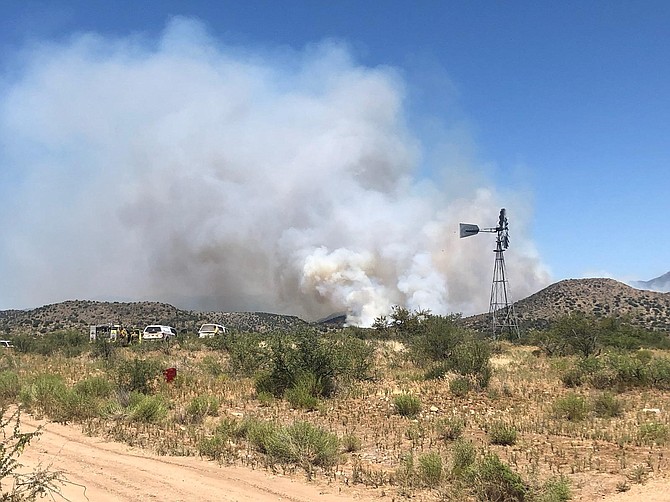 Smoke from the Cellar Fire can be seen from miles away in towns like Dewey, Mayer, Chino Valley, Prescott Valley and parts of Prescott on Tuesday. (Prescott National Forest)

The smoke from the blaze could be seen for miles in towns like Dewey, Mayer, Chino Valley, Mayer, Prescott Valley and parts of Prescott as the sun set Tuesday night.

A tweet from the Prescott National Forest Service account said winds were pushing the fire to the north and east.

“Crews focused suppression efforts on both the north and west flanks of the fire today, constructing dozer and hand line,” Maneely said in a statement. “Burnout operations to reinforce the effectiveness of the constructed lines occurred and will continue this week as conditions allow.”

To protect firefighters and emergency responders, road closures will be implemented on the Bradshaw Ranger District.

Live updates are posted on this link.