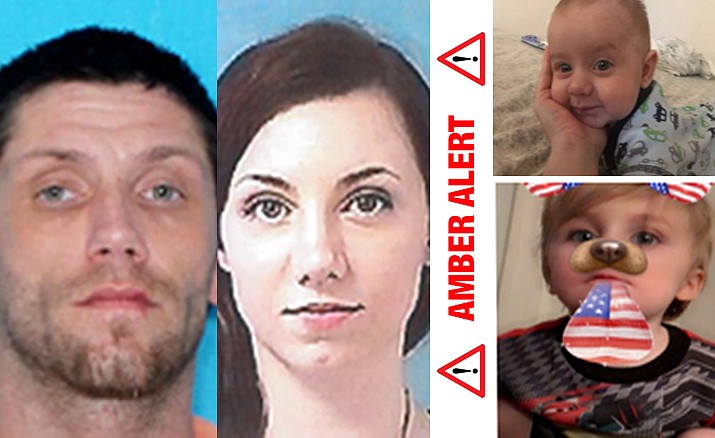 Two children are being sought by law enforcement after they were taken from Arizona Department of Child Safety custody in Pinal County. (Florence Police Department/Courtesy)

Update: At approximately 11:35 p.m. DPS cancelled the AMBER Alert. The two children were found safe. No further details were released as of this post.

An Amber Alert was issued Tuesday, July 16, for two children who were taken from Arizona Department of Child Safety (DCS) custody in Pinal County at about 7:30 a.m.

The children, 2-year-old Blaze Kirkley and 4-month-old Ryder Kirkley, are possibly heading to Mississippi or Louisiana, according to the Florence Police Department, who issued the alert.

They are reportedly travelling in a 2008 Dodge pickup with Louisiana license plate number C618802.

Police said there is probable cause to arrest the mother, Melissa Joy Gladden, 34, and father, Jerry Jay Kirkley, 34. The couple have a history of domestic violence and the father is known to carry weapons, police said.

Anyone with information on the family’s whereabouts are asked to call 911.