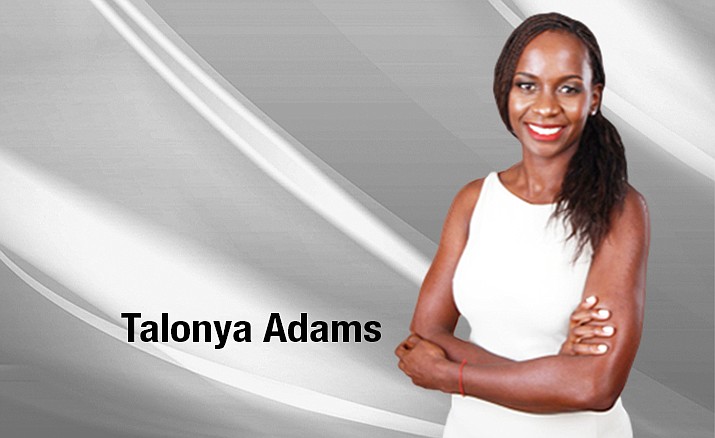 PHOENIX — A federal court jury has awarded a former state senate staffer $1 million after concluding she was the victim of racial and sex discrimination.

After a four-day trial, the jury sided with claims by Talonya Adams, who is black, that she was paid less than other male, white counterparts. The jurors also found that she was discriminated against with respect to the amount of leave she was allowed to take.

Finally, the jurors said she was terminated for complaining about the discrimination.

That $1 million award may not be the end of it.

Strictly speaking, that was for her emotional distress and any loss of “enjoyment of life’’ damages. U.S. District Judge Douglas Rayes has scheduled another hearing for this coming month to consider “the remaining damages,’’ which could include things like lost salary.

With those issues outstanding, a Senate spokesman said he could not comment.

Calls to Adams, who represented herself, were not immediately returned.

According to her complaint, Adams said she was hired by the Senate in November 2012 as a policy advisor, essentially a staffer who helps lawmakers craft and understand legislation. Adams said she was “a strong performer who did not receive any negative criticisms during her employment.’’

In early 2015 Adams said she learned that male non-African American counterparts “received substantially higher salaries and salary increases.’’ Adams also said that while the job responsibilities were the same she had a “heavier workload and the more challenging committee assignments.’’

And she said she was the only policy advisor who did not get a raise while she was there.

At the same time, Adams said she had to travel to Seattle to be with her son who was hospitalized due to a medical emergency, saying she was told she would have to use annual leave.

She said she kept in contact with the Senate and even did some duties while in Seattle, only to be told she had been fired for insubordination and abandoning her job.

In formal responses to the lawsuit, Chief of Staff Wendy Baldo cited a series of issues with Adams’ work and how she dealt with her supervisors. Baldo said the decision to fire Adams was made jointly with Jeff Winkler, who was the chief of staff for the Democrat minority, and Katie Hobbs who was then the minority leader.

Baldo also said that Adams never raised questions about race or sex discrimination before being fired.

Adams countered that she spoke both to Baldo on issues of race and gender discrimination and had “several conversations’’ with Hobbs about sex discrimination.

And as to the salary issue, Baldo said that Adams was paid better than or comparably to other similarly situated Democrat policy advisors despite the fact she was the least experienced.

Here, too, Adams said, she had prior public policy and lobbying experience, coupled with her law degree.

There were other people hired at higher salaries, according to the Senate response, but those people had additional responsibilities.

Adams made a bid last year in the Democrat primary for the Arizona House from a Phoenix area district but came in fourth for the two available seats, losing to Reginald Bolding and Diego Rodriguez. Both went on to win the general election in the largely Democrat district.