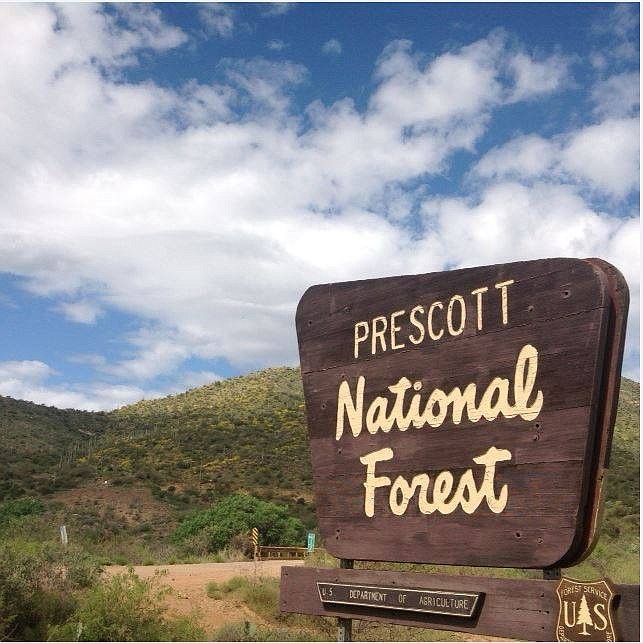 As monsoon thunderstorms crossed portions of the Prescott National Forest this afternoon, firefighters have been busy chasing smoke reports across the forest. (PNF/Courtesy)

One that turned out to be a fire began burning about 6 miles east of the community of Crown King in the Castle Creek Wilderness. By Sunday afternoon, the blaze had consumed about 100-acres.

The fire’s location, conditions on the ground, and weather, including predicted monsoonal moisture provided the opportunity to use this natural ignition to restore fire to the landscape and achieve multiple resource benefits; including improving forest health and habitat diversity, said PNF spokesperson Debbie Maneely.

Smoke from the blaze – named the Castle Creek Fire – may be seen from Interstate 17, Dewey, Mayer and Prescott Valley. Due to receiving some rain, it hasn’t progressed much since Sunday, Maneely said. It also poses no threat to life or property.

Another wildfire that firefighters are more actively working to contain is burning on the southeast corner of the forest about 4 miles north and east of Wagoner, Maneely said. Due to its location, firefighters responded to the incident and two Single Engine Air Tankers (SEATS) were deployed. As of Sunday evening, the blaze, titled the Cellar Fire, was at about 5-acres. A more recent update on the firefighting effort for the Cellar Fire was unavailable by press time Monday night.