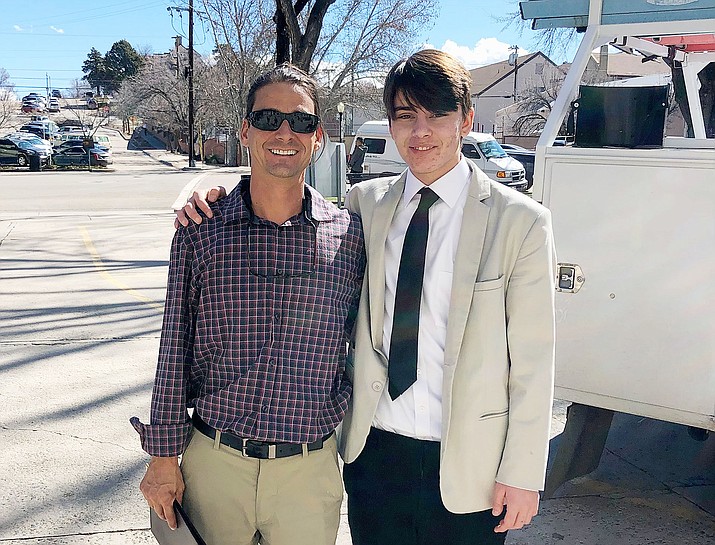 A 19-year-old Prescott man was recently sentenced to 3½ years in prison after a string of criminal behavior stemming from an opiate addiction that nearly ended his life several times.

“He’s an opiate addict,” Kenny Sr. said about his son. “He gets in trouble and he just uses drugs, gets strung out, overdoses in Starbucks bathrooms, has near death experiences, and it’s just been really hard.”

In June 2018, Kenny Jr. pleaded guilty to stealing a ring and attempting to sell it at a local pawn shop. He was arrested again in August 2018 by Prescott police for possession of drug paraphernalia.

He then got caught in November with 10 mimic oxycodone pills pressed with fentanyl and was charged with the attempted sale or transportation of narcotic drugs. Given his prior offenses, the best plea deal the Yavapai County Attorney’s Office was willing to give him was one year in prison plus supervised probation.

The Moran family didn’t believe Kenny Jr. was a drug dealer, so it was considering taking the case to trial, but then Kenny Jr. got in trouble again. One of his regular drug tests required by adult probation came back positive, so probation officers came to his mother’s home and searched his belongings.

“When they did, they found a whole bunch more things,” Kenny Sr. said.

Kenny Jr. was once again arrested, and this time he and his family decided not to fight it any longer. They took the plea deal offered by the prosecution.

“For him to do 3 ½ years just seemed insane, but it was better than him dying, so we had to just do it,” Kenny Sr. said. “I feel like this is his saving grace. As terrible as it is, my boy’s alive and I feel like I’m going to have a life with him sometime.”

Kenny Sr. hosts a local podcast called Prescott Podcast. On a recent episode, his son randomly called him from the Yavapai County jail in Camp Verde, and they spoke on the show for 15 minutes about what they are going through.

Kenny Jr. expressed remorse for what he had done and how he intends to live a different life moving forward.

“It’s been a two-year run on heroin, and now it’s over. It’s done,” Kenny Jr. said on the show. “I’m going to be a good citizen in Prescott whenever I get out.”

The father and son expressed their love for each other, and Kenny Sr. explained to listeners that he and Kenny Jr. already have plans for when the prison sentence is up. 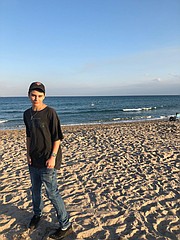 “When Kenny gets out, the first thing we’re gonna do is go to the first available baseball game at the Giants’ stadium in San Francisco,” he said. “It’s a stadium we’ve always wanted to go to. I can’t wait to do that, son, so hold on to that because for sure we’re gonna go and we’re gonna have a blast on that day, dude. You will be free.”

In early July, Kenny Jr. was transported from the Yavapai County jail to a rehab prison just outside of Tucson that deals specifically with young men who are struggling with drug addictions. Kenny Sr. said he is grateful his son gets to be in a prison that actually assists its inmates with sobriety, but no matter how he looks at it, this is a very difficult time for his family.

“We’ve been through hell with this,” Kenny Sr. said. “I was just talking to his mom and his sister, and it’s going to take a while for us to get used to little Kenny not being here.”