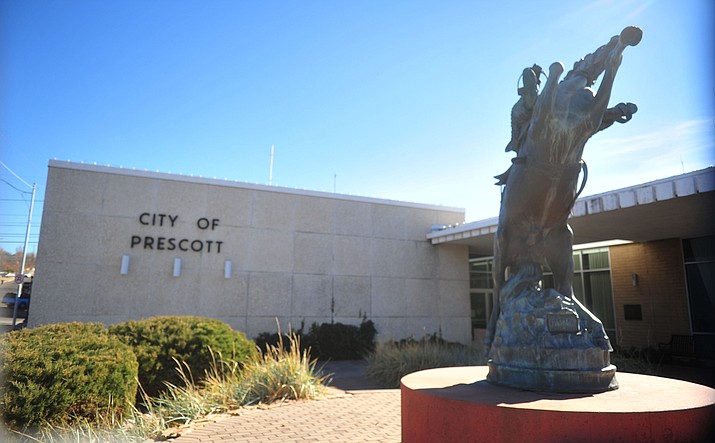 Prescott’s current policy of not providing new water connections outside city limits could change soon, if the Prescott City Council opts for a proposed water-policy adjustment.

In its third discussion in a series of seven planned meetings on water-policy changes, City Council members heard a proposal July 9 to loosen up the city’s stance on serving properties outside city limits.

While the current policy does not allow for new water connections outside city limits, city officials say a change to allow for such service would offer several benefits.

By getting properties that would otherwise be served by a well and a septic system on city water and city sewer, officials say significantly more treated wastewater (effluent) would be available for recharge back into the groundwater aquifer.

“More than 90% of septic water evaporates and does not recharge,” stated a presentation on the proposed change.

In addition to the groundwater benefits, they say the water quality of the community’s creeks and lakes would be improved by eliminating the runoff from the septic systems.

Councilman Phil Goode suggested that the change “may be creating an acceleration of growth, which would have a negative impact on safe-yield (the condition of balance between the water being pumped from the ground and water being recharged back in).”

Mayor Pro Tem Billie Orr, on the other hand, said, “For me, I like that we’re being proactive, and the city’s taking leadership. I like the measuring with exempt wells. (Currently), we have no idea how much water is coming out of the ground.”

Local water advocate Leslie Hoy said that while “some of this sounds good, there are a lot of alarm bells.” She added: “I can’t see why we would do this instead of annexing.”

The discussion took place in a study session, and no decisions were made.

City Attorney Jon Paladini explained that although the various aspects of the policy changes “are being rolled out in pieces,” the council ultimately would consider the entire package for a final decision.

“All of the changes will be brought back together and be fine-tuned,” Paladini said.

He added that the entire package could go back to the council in September.

At that point, the council would have two decisions, Paladini said – one on the policy changes, and another on ordinance changes.

The next study session on the water policy, focusing on code changes, will take place on July 23.