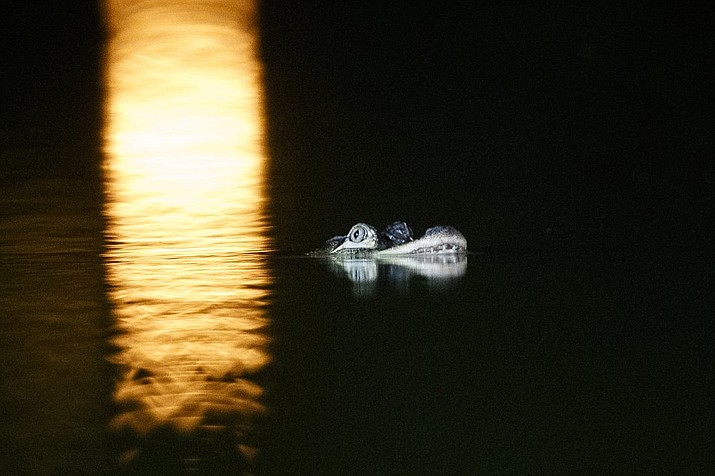 An alligator floats in the Humboldt Park Lagoon in Chicago. Officials couldn't say how the creature got there, but traps are being placed around the lagoon in hopes the animal will swim into one and be safely removed. (Armando L. Sanchez/Chicago Tribune via AP)

CHICAGO — Chicago police investigators have cracked the case: A 4-5 foot alligator is living in a lagoon at one of the city’s most popular parks.

Chicago police spokesman Anthony Guglielmi says Tuesday that investigators went to Humboldt Park Lagoon on the city’s West Side and confirmed that the unusual resident is there as reported on social media.

Officials couldn’t say how the creature got there.

City officials say alligator traps are being placed around the lagoon in hopes the animal will swim into one and be safely removed.

Guglielmi says the animal was expected to be trapped “and relocated to a zoo for veterinary evaluation.”

Alligators favor warm weather climates such as Florida but have been known to survive temporarily in the cold through a process similar to hibernation.