Moore: Fireworks in the forest on the Fourth of July 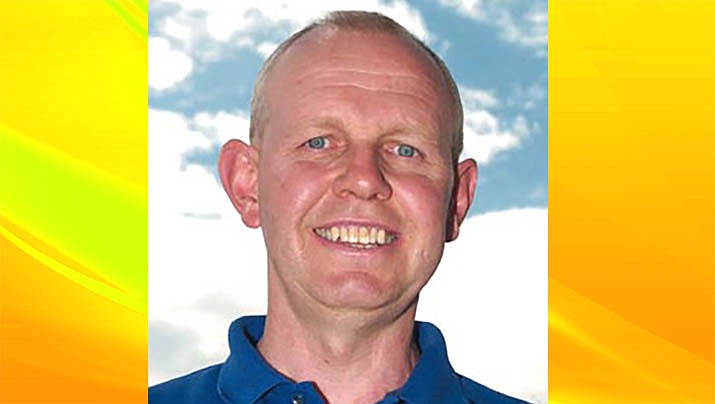 On Thursday, July 4, my wife and I hiked segment five of the Prescott Circle Trail. This segment utilizes Trail 396 in the Prescott National Forest and runs between Senator Highway and the White Spar campground.

This segment is about 5 miles long and traverses habitat that is predominantly ponderosa pine, with a smattering of other high-elevation plants such as Gambel’s oak. At this elevation, I saw several flocks of red crossbills, which are always a thrill to see. There were the usual cast of characters, such as spotted towhees, white-breasted nuthatch, black-headed grosbeak, hepatic tanager, mountain chickadee and bridled titmice.

As the trail weaves its way through the forest, it borders both upper and lower Goldwater lakes. This afforded me the opportunity to add what would otherwise be unusual bird sightings for a ponderosa pine forest.  As we hiked past the lakes, I observed great blue herons, pied-billed grebes and red-winged blackbirds.

After hiking several miles, I heard the familiar sound of vocalizing zone-tailed hawks. This is large bird of prey in the buteo family, or broad-winged hawks.

This classification includes species such as red-tailed hawks, Swainson’s hawks and ferruginous hawks.

Zone-tailed hawks use mimicry when hunting, as they are similar in appearance to turkey vultures. Potential prey, such as a rock squirrel or a cottontail rabbit, are not concerned when a turkey vulture flies over, as they know the difference between vultures and hawks. Usually.

Interestingly, zone-tailed hawks look similar to vultures in flight. Like vultures, zone-tails have a dark leading edge on their wings, and the trailing edge is lighter giving their wings a two-toned appearance.

When soaring, zone-tailed hawks hold their wings in a slight “v” formation and they have an unsteady flight. They rock and tip back and forth as they soar, just as turkey vultures do. All of these similarities allow zone-tailed hawks to sneak up on unsuspecting prey.

From the trail I caught sight of a large bird, flying with strong, fast wing beats through the canopy of the trees. As I watched it with my naked eye, my initial thought was that it was one of the zone-tailed hawks that I had been hearing. I raised my binoculars to get on the bird, and to my total surprise I discovered it was a northern goshawk making a beeline for a nest!

A northern goshawk opens its wings while perched on a branch. (Courier stock image)

This all happened so fast, the events transpired in a matter of seconds. It turns out that the zone-tailed hawks that I was hearing were two juveniles in a nest, much too young to fly. They were like sitting ducks in their nest. With my eyes fixed on the goshawk, I saw it make a direct hit on the nest in an effort to take one of the young zone-tailed hawks.

The skirmish was brief — only a few seconds — and the goshawk flew off empty-handed. Wow, what an amazing experience to witness! If we had been at that point on the trail five seconds earlier or later, I would have missed the fireworks between these two species. Perhaps our presence on the trail distracted the goshawk, and may have unintentionally saved the baby hawks from harm.

Interestingly, we never saw either of the zone-tailed hawk adults — I suspect they were away from the nest hunting when the near-miss occurred.

I love spending time in nature, and am fascinated by the chance encounters I experience just by virtue of being out in the beautiful area in which we live.

Birding in the Wickenburg area
Birds - and snakes - are out in force
Birds of prey in the Prescott area
Be on the lookout for zone-tailed hawks
Column: Common backyard hawks in urban area
Event Calendar