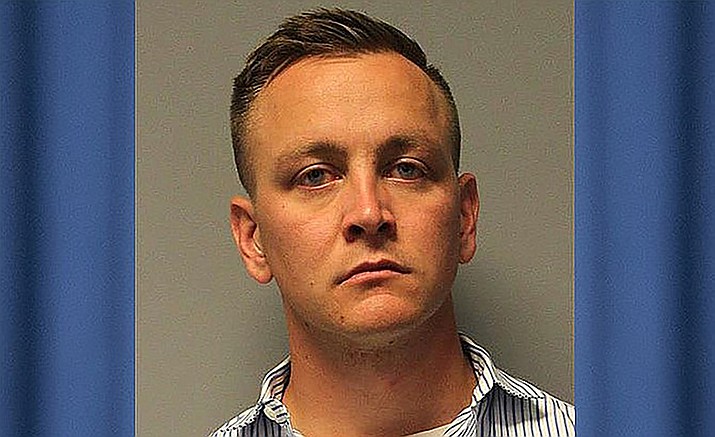 Cody Delafuente is due in Yavapai County Superior Court again on Monday.

The 1:30 p.m. hearing is called a “pretrial conference/settlement/change of plea” on court documents.

Delafuente was a detective with the Cottonwood Police Department when he was arrested in October 2018 following an investigation of domestic violence toward his wife at a home in Clarkdale. He pleaded not guilty soon thereafter, and a series of court hearings has ensued.

On June 24, Judge Michael Bluff extended the state’s deadline to respond to a motion from Delafuente’s attorney to remand his case to the grand jury.

An Arizona Public Records Law request provided The Verde Independent with a copy of the 72-page police report that details allegations of Delafuente being violent toward his wife.

Delafuente is still employed by Cottonwood Police, but has taken on an office role that does not involve the same level of public interaction as a detective typically would have.

According to the report, police responded to a domestic violence call on the evening of Oct. 18, from a woman saying she had been beaten by her husband.

When police arrived, the woman’s face appeared injured but said she had “walked into a wall.” Court documents show the woman told police she was pushed into a wall by Delafuente, breaking her nose and causing her to lose consciousness.

She also told police that after a 911 hang-up call, upon the call back from a dispatcher, Delafuente told the dispatcher that the call had been a misdial, but the dispatcher also heard the woman yelling something including the word “help” in the background.

Delafuente’s charges include kidnapping, aggravated assault/impeded breathing, assault with intent to injure/reckless and preventing or interfering with emergency telecommunications.