Monsoons not quite on the horizon
Arizona free of drought in short term; long-term drought persists 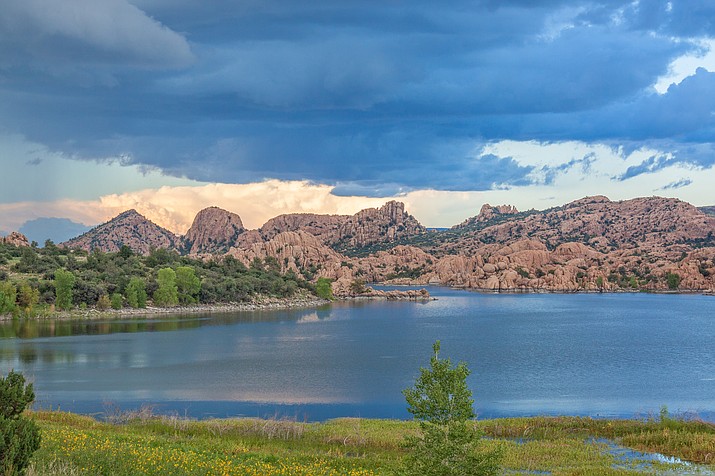 Most of northern Arizona will have to wait at least a week or two until monsoon moisture begins to set in for the annual summer rainy season.

This is a departure from the norm, where in northern Arizona monsoon storms typically start around or just prior to the July 4 holiday.

Weather experts predicted this might be the case given the cooler-than-average temperatures Arizona experienced throughout May and into June.

“What we look for throughout June is hot temperatures, which tends to draw moisture northward from Mexico, and we didn’t get that,” Johndrow said. “June was kind of normal or maybe even below normal.”

Waters in the Gulf of California (where most of the moisture needed for these storms originates) have yet to reach a monsoon-worthy temperature as well.

According to a scientific journal article co-authored by Embry-Riddle Aeronautical University (ERAU) professor Dorothea Ivanova, monsoon precipitation can commence once sea surface temperatures in the northern Gulf of California exceed 29 degrees Celsius. As of Wednesday, July 3, those temperatures were only between 23 and 27 degrees Celsius.

Other than the northeast corner of the state, Arizona is considered drought-free on the United States Drought Monitor map for the first time since August 2009. 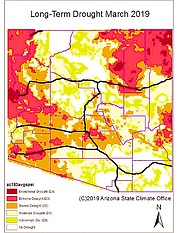 Exciting as that is, the map only accounts for short-term drought conditions, said Einav Henenson, statewide active management area director for the Department of Water Resources and an expert on drought-status conditions in the Southwest.

In a June interview with Arizona Water News, Henenson stated that although Arizona just experienced one of the wettest 12 months on record, a single year of ample precipitation is not enough to gain back all of the moisture lost since the state fell into a consistent drought pattern in the mid 1990’s.

“Here in Arizona, we need at least three wet winters to get out of the long-term drought,” Henenson said.

According to a long-term drought map generated by the Arizona State Climate Office’s in March, much of the state remains in extreme to severe drought, with pockets in the northeast and western part of the state still in exceptional drought (the worst).

Yavapai and Coconino counties are doing better than most of the state, with many areas ranging from no drought to moderate drought.

Though a significant monsoon season would better the situation, winter rains are what really make the difference in Arizona drought conditions, Henenson said.

“What we really hope for is to get as much precipitation in the winter, especially snow,” she said. “Snow is great for us. The mountains provide us with a free natural reservoir of water. That snow that is saved on the top of the mountain is only released when we need it, which is toward the spring and early summer, when we don’t get as much rain. So the more snow we have and the more precipitation we get in the winter, the better we can use that water throughout the year.”