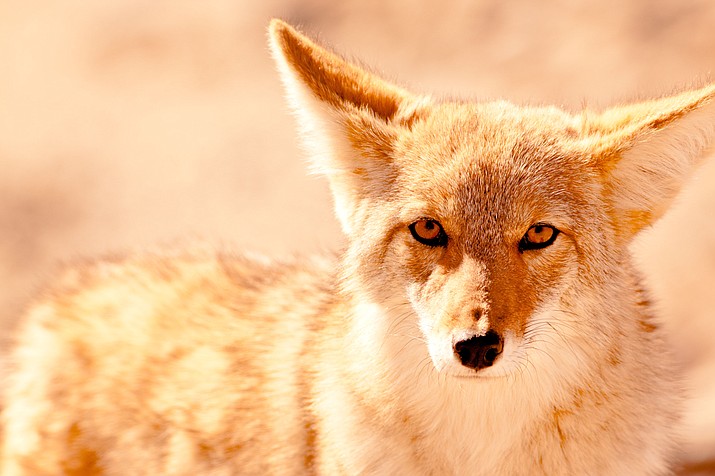 RELATED STORY: A coyote killed my pet ... Can I shoot it?

Following is a roundup of local, county and state ordinances and laws regarding use of guns and the exceptions:

State law does not allow the discharge of firearms within town or city limits. So you cannot shoot a coyote running amok in your backyard whether it is after a dog, cat or chicken.

The exception is ARS 13-3107 - Unlawful discharge of firearms; exceptions; classification; definitions under C-9: In self-defense or defense of another person against an animal attack if a reasonable person would believe that deadly physical force against the animal is immediately necessary and reasonable under the circumstances to protect oneself or the other person.

Residents of Yavapai County abide by the state statute. Asked about using BB or air/pellet guns, Dwight D’Evelyn, spokesperson for Yavapai County Sheriff’s Office, said there wasn’t a clear answer to that as not every situation can be anticipated. “But, short of negligence or some other factor prohibiting the use, there would not be a prohibition of such action.”

“What governs us is the state code. If people are in fear for their lives, they can use force on an animal,” he said. “BB and pellet guns are not considered a firearm, per se. Obviously, if used recklessly or endangering the public, we would intervene.”

Kasun also said, if a coyote is killed, people should leave it and call Game and Fish, which would investigate the killing.

It is illegal to discharge a firearm in the Town of Prescott Valley, even though, as Evelyn Whitaker, Animal Control officer, said, “This is a Second Amendment community – everyone carries.”

Shooting a gun within town limits may elicit a citation and an appearance in court no matter what the circumstances are, said Jerry Ferguson, Community Services officer with the Police Department.

Exceptions include to control nuisance wildlife by permit from the Arizona Game and Fish Department or the U.S. Fish and Wildlife Service; or by special permit of the Chief of Police.

Chino Valley Civilian Officer Marrilee Easton said no one is allowed to discharge a firearm in the Town of Chino Valley. BB and pellet guns are legal, but the shooter needs to make sure everyone around them is safe. That means checking what is in the background and in the direction one is shooting, she said.

“Rather, a standard hunting license and/or appropriate big game tag would be the permit referred to in the (Prescott Valley) ordinance,” he said.