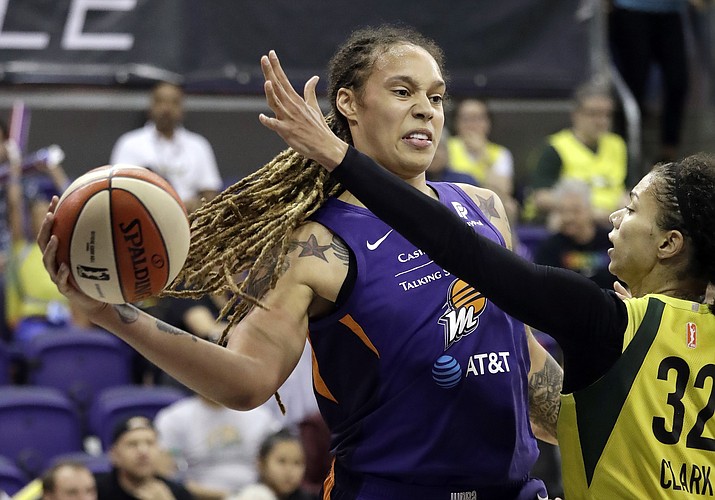 Phoenix Mercury's Brittney Griner, left, tries to get a pass past Seattle Storm's Alysha Clark in the first half of a game Sunday, June 30, 2019, in Seattle. (Elaine Thompson/AP)

Charles made a jumper with 50.9 seconds left for a 78-76 lead and Tanisha Wright sealed it with two free throws at 2.7.

Brittney Griner scored 30 points and grabbed eight rebounds for Phoenix (5-6), which snapped a three-game win streak. DeWanna Bonner, the WNBA's leading scorer at 20.2 points coming in, was 3 of 13 from the field and finished with just nine points.

Griner scored 19 points in the first half to help Phoenix build a 41-40 lead. Nurse had 17 points for New York.