Orme Fire is at 894 acres; firefighters kept it at bay, Forest Service says 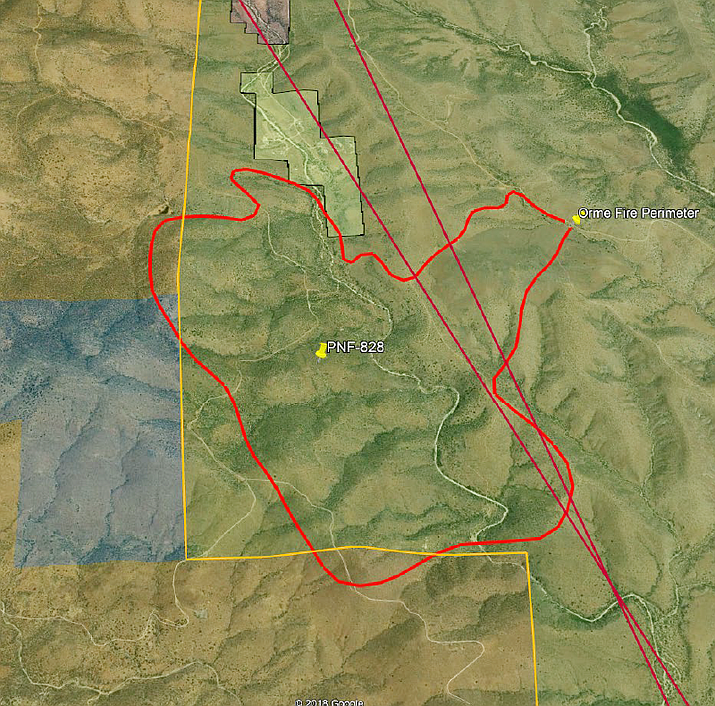 Marked in red, the perimeter of the Orme Fire as of Friday morning, July 5, 2019. (PNF/Courtesy)

Firefighters' quick response and aggressive action Thursday afternoon, July 4, on the 894-acre Orme Fire kept the fire from damaging any structures or ranches in the area, according to a Forest Service news release Friday.

The acreage Friday morning (894) was much lower than the Thursday evening estimate.

Firefighters worked into the evening securing the edge of the fire and reported minimal activity overnight. They will spend Friday and Saturday securing the perimeter, extinguishing interior hot spots and mopping-up, said Debbie Maneely, spokesperson for the Prescott National Forest.

Firefighters hope to have 100% containment on the fire Saturday afternoon. The cause of the fire is under investigation.

"We would like to thank Yavapai County Sheriff’s (Office), Arizona Department of Transportation, Central Arizona Fire and Medical, Bureau of Land Management, and Arizona Department of Forestry and Fire Management for their help in supporting the Orme Fire," she added. "Without their assistance, the outcome could have much worse."

Orme Road, south of Highway 169, remains closed to the public through Friday.