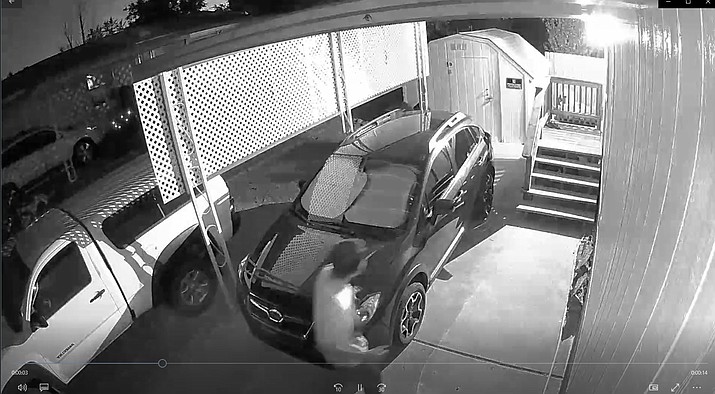 Lock your car doors — and remove garage door openers when you lock up.

So don’t make it easy for them, he advised.

In the past couple of weeks, the Prescott Valley Police Department has responded to four calls about car burglaries in two Lakeshore Drive neighborhoods. Another four have been reported in other neighborhoods since June 20, with one potential thief thwarted by a homeowners’ motion detector and video surveillance in the 6200 block of North Moonlight Way, Ferguson said.

Ferguson said that suspect, an unidentified young male, tried to open a door on a car parked in a driveway, and then moved to another one when he found the first vehicle locked. While he was trying to open a door on the second car, a motion-activated exterior light turned on, and the suspect ran away.

In another recent log report, someone burglarized a home and found keys to a Chevrolet Corvette that they managed to get out of the garage, but as the battery was dead they were unable to steal the car, Ferguson said.

No arrests have been made in these cases.

Though Ferguson said there does not appear to be evidence that these crimes are occurring more this year than in the past, he said these crimes are preventable by simple measures that begin with locking car doors.

“It’s impossible for patrol officers to be everywhere at once; therefore, it behooves residents to take responsibility for their safety,” said a Prescott Valley news release. “Residents are always encouraged: ‘If you see something, say something!’ ”

Anyone with information about any of these crimes is asked to contact the Police Department at 928-772-9267.